Mammograms not only screening for those with dense breast tissue 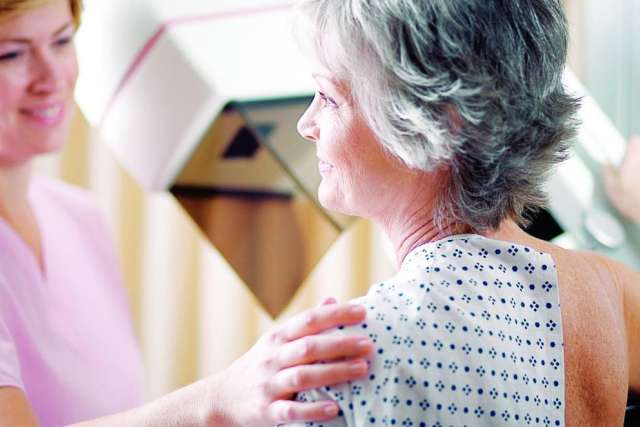 Dear Doctors: Each time I have a mammogram, I’m told it’s not readable due to dense breast tissue. If these painful scans don’t serve a purpose, wouldn't I be better off just doing self-exams and alerting my doctor of anything unusual? Is there any help for women with dense breast tissue?

Dear Reader: Thank you for bringing up an important issue that affects many women. It is estimated that at least 45% of women have dense breast tissue. The term is used when a high percentage of so-called dense tissues are present in the breast. This includes the lobes and ducts, which are glandular tissues that produce and carry milk, and the network of fibrous connective tissue that supports the breasts.

Levels of breast density are often rated on a scale of A to D. They range from almost entirely fatty, scattered density, moderately dense and extremely dense. Research has uncovered a genetic link to breast density. However, additional factors, such as age, body mass, menopause and the use of hormone-replacement therapy, have been shown to also play a role.

Breast density is significant for two reasons. One is that, as has occurred in your case, the presence of a high ratio of dense-to-fatty tissue affects the results of a standard mammogram. X-rays pass through fatty tissue, which appears as dark areas on a mammogram. Fibrous and glandular tissues absorb X-rays and appear as white areas. But so do potential tumors. When someone has dense breasts, it can be difficult to differentiate between healthy tissue and a tumor. That means the small, early-stage tumors that these scans are meant to catch may be missed. At the same time, the data show there is a higher risk of breast cancer in women with dense breast tissue. The reason for this is not yet understood, but it makes successful scans even more important. 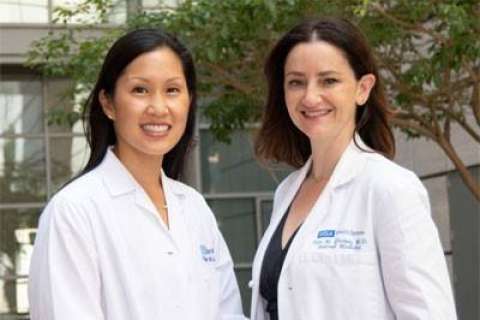 Elizabeth Ko, MD and Eve Glazier, MD
When one of our patients has breast tissue that is dense enough to obscure the results of a mammogram, we often recommend they follow up with a scan known as 3D tomography. Also referred to as a 3D mammogram, this technique produces multiple images of the breast, which are taken from numerous angles. These digital images, which are made up of 1 millimeter “slices,” are then compiled into a 3D image. This makes it easier to visualize the interior of the breast and to identify potential abnormalities.

If a 3D mammogram still fails to produce a useful image, then ultrasound or MRI studies may be used. High-risk breast cancer patients who undergo more frequent scans often alternate mammography with MRI. Ultrasound can also be an option for women who absolutely refuse to have a mammogram due to radiation exposure. It’s also often used as a follow-up tool when an initial mammogram shows areas of concern.

Breast cancer screening is a very effective tool. We urge you not to give up on it. Speak with your doctor regarding your situation, and tell them that you want to receive scans that are appropriate for dense breast tissue.

We offer the full breadth of services to screen for and diagnose breast cancer. Learn more.