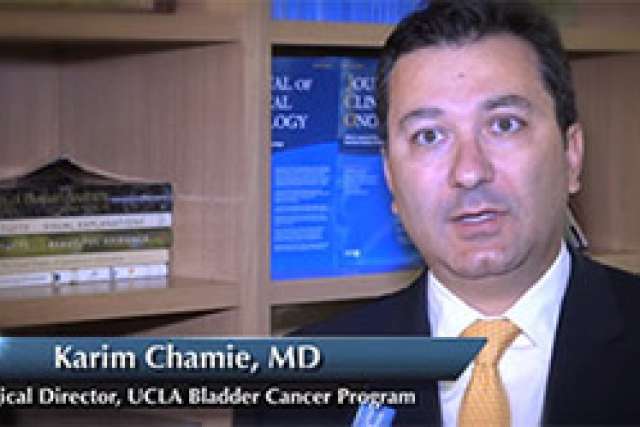 More than half of second cancers prove fatal; research emphasizes importance of surveillance

UCLA researchers have identified the incidence and long-term outcomes of patients who develop second, unrelated cancers, resulting in a data set that they say sheds new light on the way cancer survivors may need to be monitored post-disease.

The researchers identified more than 2.1 million patients from the Surveillance, Epidemiology and End Results (SEER) database with the most common cancers -- prostate, breast, lung, colon, rectum, bladder, uterus, kidney and melanoma and non-Hodgkin lymphoma. The team found that 8 percent of patients developed secondary cancers elsewhere, the most common of which was lung cancer, which is often fatal. Among patients who developed a second cancer, 13 percent died of died of their primary cancer, while 55 percent died of their second cancer, said study lead author Dr. Karim Chamie, an assistant professor of urology at the David Geffen School of Medicine at UCLA.

“As clinicians, we can become so focused on surveilling our patients to see if a primary cancer recurs that we sometimes may not be aware that patients can be at risk of developing a second, unrelated cancer,” Chamie said, adding that physicians should rethink how they handle follow-up care and monitoring.

“Lung cancer is a very common and extremely lethal disease and the national screening trial found CT scans actually saved lives,” Chamie said. “We could make a significant improvement in cancer survivorship, for instance, if we monitored bladder cancer patients annually for second, unrelated lung cancers.” In additional to bladder cancer, patients with non-Hodgkin’s lymphoma were also at higher risk of developing second cancers, including lung, prostate and breast cancers.

“The growing number of cancer survivors in the United States, coupled with the observed lethality of second primary cancers in our study suggests that investigation into effective detection and treatment strategies in this population is warranted,” the study states.

For more than 50 years, the urology specialists at UCLA have continued to break new ground and set the standards of care for patients suffering from urological conditions. In collaboration with research scientists, UCLA’s internationally renowned physicians are pioneering new, less invasive methods of delivering care that are more effective and less costly. UCLA’s is one of only a handful of urology programs in the country that offer kidney and pancreas transplantation. In July of 2015, UCLA Urology was ranked third in the nation by U.S. News & World Report. For more information, visit http://urology.ucla.edu.