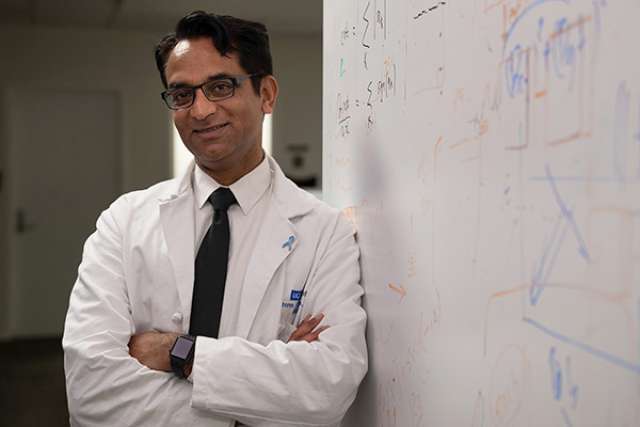 A new study by researchers at the UCLA Jonsson Comprehensive Cancer Center found using percutaneous image guided needle based thermal ablation — the precise application of extreme heat or cold to a tumor using sophisticated ultrasound, CT or MRI in a single outpatient session — is a safe and effective adjunctive therapy for the local control of metastatic gynecologic cancers throughout lungs, liver, soft tissues in the abdomen and pelvis and bones in patients with advanced localized cancers unresponsive to systemic therapy.

Nearly 96% of the patients in the study achieved a complete tumor response over a median follow up period of 10 months. The overall survival rate was 37.5 months and the progression-free survival rate, the length of time their disease is controlled, was 16.5 months. Less than 5% of patients experienced any major side effects.

Metastatic gynecological cancers, including ovarian, endometrial or uterine and cervical, are often aggressive tumors with low survival rates. Patients diagnosed with these cancers often undergo extensive and multiple surgeries as part of standard treatment. However, surgery can be invasive and is not always feasible for patients with advanced cancers with localized nonresponsive tumors or patients who are not traditional surgical or radiation candidates.

One alternative option being studied is thermal ablation, which is an image-guided minimally-invasive needle-based approach that delivers highly accurate and precise localized treatment only to cancer cells while minimizing the effects to surrounding tissue. Thermal ablation was pioneered for liver, lung and kidney cancer, but it is currently being looked at to use in the care of other cancers, including prostate and gynecological cancers. Other benefits of thermal ablation are that it is an outpatient procedure, done with minimal sedation with lower risk and lower cost, in combination with systemic therapies, compared to traditional surgery or radiation.

For the study, Steven Raman, MD, professor of radiology, urology and surgery and a member of the UCLA Jonsson Comprehensive Cancer Center, led a multidisciplinary team of expert physicians to demonstrate the high safety and efficacy of percutaneous thermal ablation in targeting localized metastatic gynecologic malignancies. The study group included 42 women, ranging from 25 to 78 years old, with metastatic gynecologic tumors (119 metastatic tumors) treated with radiofrequency (47 tumors), microwave (47 tumors) or cryogenic (30 tumors) ablation from over 2,800 ablations performed from January 2001 to January 2019.

This is the first and largest study to show that image guided needle based thermal ablation is a safe and effective approach for patients with localized metastatic gynecologic cancers throughout the body, especially for those who cannot undergo additional surgery because of a declining health status or in areas previously radiated.

The senior author of the study is Dr. Raman. The lead author is Dr. Frank Yuan, a graduate of the David Geffen School of Medicine at UCLA, and now at Johns Hopkins University. Other expert authors, all of UCLA, include: Dr. Gottfried Konecny, Dr. Sanaz Memarzadeh, Dr. Sindy Wei, Dr. Robert Suh, Dr. James Sayre and Dr. David Lu.

The study was published online in the Journal of Vascular and Interventional Radiology.

The research was supported by funding from the UCLA Radiology Integrated Diagnostics Program.