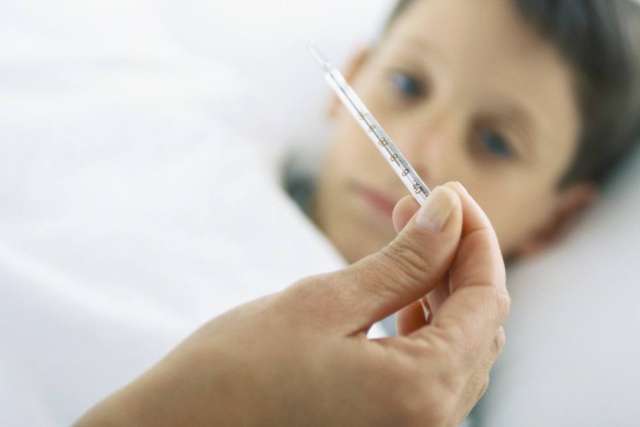 Dear Doctors: My friend works for a pediatrician. He said the staff have been told to look out for a liver disease that’s getting kids sick. What are the symptoms? Is this related to COVID-19? Our kids are back in school, and, needless to say, after the last few years, we’re on edge about their health.

Dear Reader: Your friend is referring to a health advisory issued by the Centers for Disease Control and Prevention in April. The agency is asking physicians and other medical personnel to be aware of unusual cases of severe hepatitis in children.

The alert was issued after a large children’s hospital in Alabama notified the CDC of five cases of serious inflammatory liver disease, which occurred last November. All five children, who previously had been healthy and had no history of liver problems, suffered significant injury to their livers. Three of the five had acute liver failure.

While liver disease in children is not rare, a cluster of this type raises alarms. The hospital then examined patients’ medical records dating from October 2021 to February 2022. They identified a total of nine cases within that five-month period, two of which required a liver transplant. Although all nine children, who ranged in age from 1 to 6, became ill enough to need hospitalization, none have died. At least two additional cases have been reported in North Carolina.

Laboratory testing ruled out the viruses that cause type A, B, C and E hepatitis. None of the children had COVID-19, and none had received a COVID-19 vaccine. However, further testing showed that each child had been infected with a certain type of adenovirus. This is a group of more than 100 viruses, many of which cause coldlike symptoms, and several are known to trigger significant inflammation.

The circumstances here in the U.S. echo similar clusters of sudden and severe pediatric liver disease that occurred at the start of the year in the United Kingdom and were later identified in Europe. One child has died, and more than 179 cases are now being investigated. Although a cause has not been identified, health authorities are investigating the possibility of a connection between adenovirus infection and these cases of pediatric hepatitis.

The word “hepatitis” means inflammation of the liver. The cause is often infection by a virus. Because the liver is a vital organ and inflammation can adversely affect some or all liver functions, hepatitis is a potentially life-threatening condition. As well as filtering toxins, waste products and worn-out cells from the blood, the liver performs hundreds of additional functions. These include processing and storing nutrients, producing bile, making cholesterol and certain blood proteins, storing iron, regulating blood clotting and helping to fight off infection.

Symptoms of hepatitis include jaundice, which is yellowing of the whites of the eyes or the skin; abdominal tenderness or swelling; fever; urine that is dark in color; light-colored stools; unexplained fatigue; and nausea or vomiting. If your child has any of these symptoms, it’s important to seek medical care.