Sebum smell could be a biomarker for Parkinson's disease 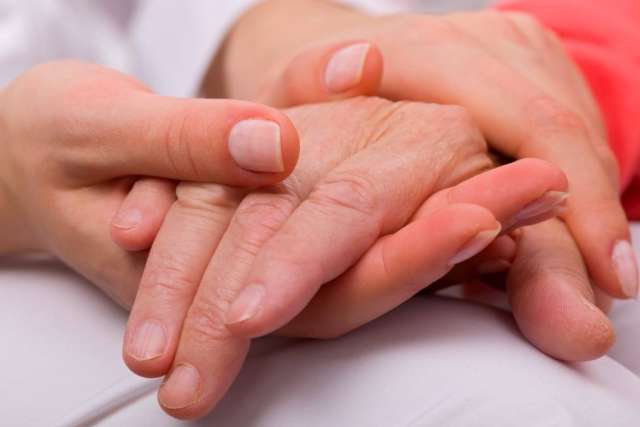 Dear Doctors: I have read that dogs can tell when someone has cancer just by sniffing them. That’s already hard to believe. But when I heard about a nurse who smelled it when her husband got Parkinson’s disease, I was sure it was an urban myth. Is it true? What would she be smelling?

Dear Reader: With a sense of smell that’s estimated to be at least 10,000 times more sensitive than a human’s, dogs are consummate scent detectives.

Whereas we humans have 6 million olfactory receptors within our noses, dogs have 300 million. This, along with a much larger portion of their brains devoted to analyzing scent, makes it possible for dogs to pick up smells at the molecular level. This includes not just narcotics and explosives, as we have come to expect, but scents associated with ill health.

In 1989, a woman decided to have a mole examined because her dog kept sniffing and biting it. It turned out to be malignant melanoma. Diabetes-alert dogs, known as DADs, identify high or low blood sugar levels by smelling changes in their owners’ breath. More recently, specially trained dogs have proven surprisingly accurate at sniffing out infection with the coronavirus that causes COVID-19. All of this is possible because disease processes and illness produce volatile organic compounds. When these compounds are released via the sweat, breath or urine, they generate a distinct and identifiable scent.

This brings us to the part of your question about Parkinson’s disease, a disorder of the central nervous system. In addition to interfering with walking, balance and coordination, Parkinson’s causes increased secretion of sebum, which is produced by the skin’s sebaceous glands. It’s an oily, waxy substance with an odor that can be detected by people with a hyper-sensitive sense of smell -- a nurse in Scotland is among them. Six years before her husband’s diagnosis with Parkinson’s disease, she noticed his body odor had changed. She later detected the same musky odor coming from members of his Parkinson’s support group.

The nurse shared her discovery with several physicians, which led to research that has since shown that sebum produced in people with Parkinson’s has a unique chemical profile. This makes it a potential biomarker, which is an indicator that disease is present. That’s important because, while Parkinson’s medications are more effective when administered as early as possible, there is no single test for the disease at this time. Diagnosis is usually based on physical symptoms, which arise years after the neurological changes in the brain have begun.

In fact, the presence of the sebum biomarker has now led to a potential diagnostic breakthrough. Scientists in China have just published a study about a so-called “e-nose,” which is able to recognize the chemical signatures of odors specific to Parkinson's patients. The device, which is portable, uses gas chromatography and a surface acoustic wave sensor. These are technologies that separate and measure gaseous compounds and identify them. Although the e-nose requires further testing before it is ready for real-world use, it’s an important step forward.

Our neurologists are leaders in clinical care, research, and education. Learn more and schedule your appointment.