Does milk really do a body good? Should you cut carbs? A UCLA expert on nutrition has the answers 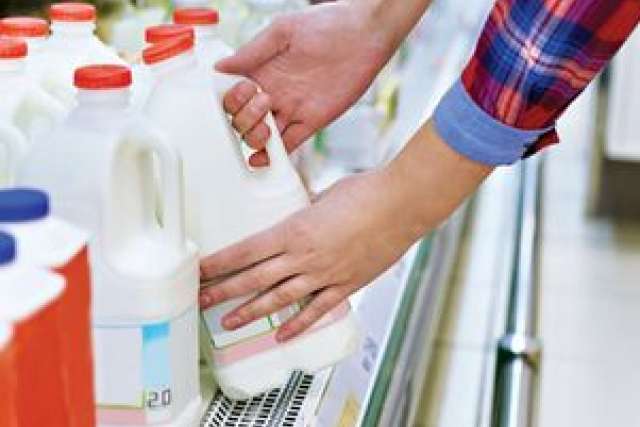 As a nutritional epidemiologist devoted to prevention, Karin Michels has spent much of her career studying how health can be optimized through a proper diet.

“People think it all comes down to their genes, but there is so much we can control by not smoking or being overweight, eating right and exercising at least moderately,” says Michels, professor and chair of the epidemiology department in the UCLA Fielding School of Public Health.

What constitutes healthy eating? Michels, who frequently gives public talks on the topic, has found there are many widely held misconceptions that lead to misguided dietary decisions.

Based on the feedback she receives from her public talks, Michels believes many physicians fail to adequately counsel their patients on proper nutrition. “Public health has an opportunity and an obligation to educate people about how to optimize their diet,” she says. “Many of the risk factors for disease people can’t control, but the diet is something we can change. We all eat, and what we eat involves choices. We need to make sure people understand which choices are best for their health.”

Below are some of the most common myths she seeks to dispel.

On the low-carbohydrate diet, which has gained popularity in recent years, Michels’ advice: Don’t change the proportion of carbs you consume, but instead lower the refined carbohydrates and sugars while upping the intake of whole grain (not to be confused with multigrain, which usually means more than one type of refined flour). Quinoa, oats, rice and pasta are good sources of carbs as long as they’re made of whole grains, she says. And there is no good reason to avoid gluten unless you’re intolerant — by doing so, you’re missing out on important nutrients and fiber that come from grain.

Myth: A low-fat diet is optimal

Many believe limiting fat consumption is good for the heart. In fact, Michels says, the average American diet includes about a third of calories from fat, and it should stay that way. “What we do want to modify is the type of fat we consume,” she explains. That means steering toward unsaturated fats and away from saturated and trans fats. It’s the unsaturated fats — including those found in olive and canola oils and in foods such as fish, nuts and avocados — that raise the body’s HDL (“good”) cholesterol, while the saturated fats from animal and dairy products and the artificial trans fats found in margarines, cookies and many things crispy will bump up the LDL (“bad”) cholesterol. (A word of caution: Coconut oil, which many assume to be healthy, is laden with saturated fat.)

The Paleo diet goes in another direction — advocating that we follow the path of our hunter-gatherer ancestors in eating lots of energy-dense red meats, while excluding grains. “We are nothing like our ancestors — instead of running around all day, most of us sit in front of our computers,” Michels says. Rather than following any of the aforementioned dietary trends, she adds, the best approach is a balanced diet that limits or avoids red and processed meats, which were classified as carcinogens in 2015 by the World Health Organization’s International Agency for Research on Cancer.

Myth: Red meat is a good source of iron

Michels often hears the argument that red meat is important to avoid an iron deficiency. What many don’t realize, she says, is that the iron from red meat is very different from the iron that comes from vegetable sources, legumes and whole grains.

“The red-meat iron actually promotes cardiovascular disease,” Michels explains. “The plant iron found in beans and green leafy vegetables is much healthier. Unfortunately, it is more difficult to absorb, so we need to consume more of it or help absorption by consuming vitamin C-rich foods at the same time.”

Michels is frequently asked about the value of supplements. The only one she strongly recommends is vitamin D. “Two-thirds of the U.S. population — especially those living in colder climates — is vitamin D-deficient, and many don’t realize it,” she says. While certain foods contain the nutrient, it’s nearly impossible to get enough from the diet — and when we use sunscreen to protect ourselves against skin cancer, we’re also blocking the best source of vitamin D production in the body. The easiest way out of the dilemma is to take vitamin D supplements.

Myth: Alcohol should be avoided

Some assume that alcohol is unhealthy, but the verdict is actually mixed. “Alcohol cleans out your coronary arteries, so if you have a strong family history of coronary artery disease, it may help you,” Michels says. “On the other hand, you have to balance that against the fact that alcohol increases the risk of many cancers. For most people, we recommend limiting alcohol consumption to one beverage a day.”

Coffee, too, gets a bad rap, but Michels says it lowers the risk of many common diseases, including diabetes, colorectal cancer and aggressive prostate cancer subtypes.

Myth: It’s advisable to load up on calcium

Calcium is often promoted to strengthen the bones, but Michels says most people get plenty in a balanced diet, and vitamin D warrants more focus for bone health. The two subgroups with an increased calcium need are children and postmenopausal women, the latter as a protection against osteoporosis. But even for that population, Michels says, the increase can come from a dietary uptick in calcium-containing foods or small doses of supplements; too much may raise the risk of coronary artery disease.

Myth: Milk does the body good

Milk is widely assumed to be healthy, but Michels says it’s not — at least not the type that comes from cows (plant alternatives such as almond and soy milk are better). “Cow’s milk is not designed for humans — its composition is completely different from that of human mother’s milk,” Michels says. Part of the problem, she explains, is that in the interest of efficiency, cows are artificially inseminated to remain in a constant state of simultaneous pregnancy and lactation. That means significant doses of the pregnancy hormones estrogen and progesterone make their way into milk products sold to consumers, which raises the risk for several cancers.