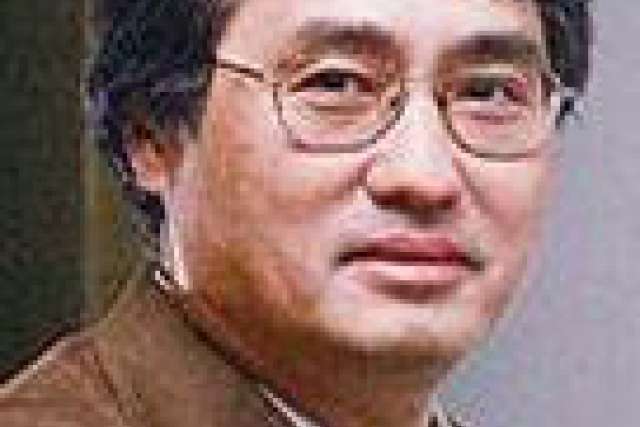 When scientists develop cancer therapies, they target the features that make the disease deadly: tumor growth, metastasis, recurrence and drug resistance. In epithelial cancers — cancers of the breast, ovaries, prostate, skin and bladder, which begin in the organs’ lining — these processes are controlled by a genetic program called epithelial–mesenchymal transition.

Epithelial–mesenchymal transition is regulated by a protein called Twist, which means that Twist directly influences the development of cancer, its spread to other organs and its return after remission.

In a major step toward developing a novel therapy that targets epithelial–mesenchymal transition, scientists from UCLA and City of Hope have become the first to inhibit the mechanism of Twist using nanoparticles to deliver a nucleic acid called small interfering RNA, or siRNA, into tumor cells. In mouse models, delivering siRNA into cancer cells inhibited the expression of Twist, which in turn reduced epithelial-mesenchymal transition and dramatically reduced the size of tumors.

The study, which was published online in the journal Nanomedicine: Nanotechnology, Biology and Medicine, was led by Jeffrey Zink and Fuyu Tamanoi, both members of the California NanoSystems Institute and Jonsson Comprehensive Cancer Center at UCLA, and Carlotta Glackin of City of Hope Cancer Center.

“We were truly surprised by the dramatic effect of delivering Twist siRNA,” said Tamanoi, who also is a professor of microbiology, immunology and molecular genetics and a director of the signal transduction and therapeutics program at the Jonsson Cancer Center. “This demonstrates the effectiveness of our treatment and encourages us to explore further what is happening to the tumor.”

In previous studies, siRNA has been shown to effectively shut down gene expression in tumor cells grown in the laboratory. But the technique had not been effective in living organisms because enzymes in the blood called nucleases degrade siRNA before it can reach tumor cells.

To circumvent that problem, the UCLA and City of Hope researchers attached siRNA to the outside of a particular type of nanoparticle developed by Zink called mesoporous silica nanoparticles. In the study, the nanoparticles were coated with a substance called polyethyleneimine, which acted to bind and protect the siRNA when they were injected into the blood. As a result, the nanoparticles could accumulate in the tumor cells and the siRNA could go to work inhibiting the cells’ expression of Twist.

The study found that giving mice siRNA-loaded nanoparticles once a week for six weeks inhibited tumor growth, and that it shut down not only Twist but also other genes under the control of the epithelial–mesenchymal transition process.

“This result confirms the critical importance of Twist and the epithelial–mesenchymal transition process, which promotes tumor invasion and metastasis in many cancers,” said Glackin, an associate professor at the City of Hope who has been studying the function of Twist for 20 years.

Twist is re-activated in a number of metastatic cancers including triple-negative breast cancer, melanoma and ovarian cancer. By shutting down the epithelial–mesenchymal transition process, Zink and Tamanoi may develop new therapy options for these cancers.

Another important finding was that shutting down Twist expression enabled cancer cells to overcome their resistance to cancer drugs.

The researchers now are working to design a next-generation nanoparticle that will enable delivery of Twist siRNA and cancer drug molecules in the same nanoparticle — a potential one-two punch that would inhibit epithelial–mesenchymal transition and kill cancer cells.

The study’s other authors were City of Hope graduate students James Finlay and Cai Roberts, and UCLA graduate student Juyao Dong. The research was supported by the National Cancer Institute and the Parvin Family Foundation.