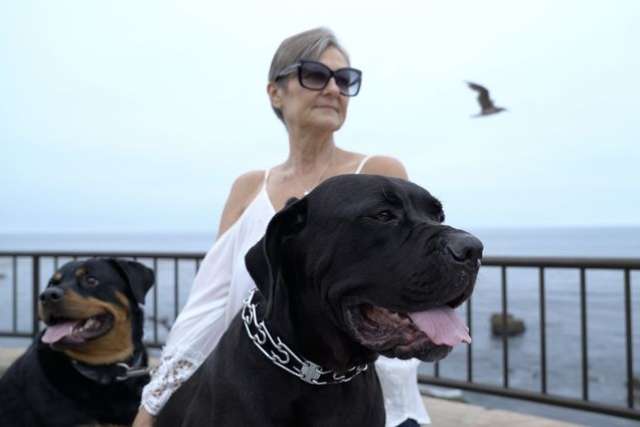 Denise Delatorre, 59, has always been a problem solver. As a real estate agent and single parent to her now 24-year-old son, she had to be.

“If you’re working off straight commissions and you’re a single parent, it can be very taxing,” Delatorre said. “I’ve become an expert fixer, and I’m really good at helping other people. I enjoy doing that.”

But in 2015, when she started having hot flashes, night sweats and feeling bloated, Delatorre knew she needed to focus on herself. She made an appointment with a doctor, hoping he would say that her symptoms were caused by menopause.

But right before she went to her doctor’s appointment, she felt a lump in her stomach and knew that it was something more serious.

Delatorre was diagnosed with non-Hodgkin’s lymphoma, one of the most common blood cancers. She quickly began treatment for what she was told was “a very treatable cancer.” Delatorre underwent six rounds of chemotherapy, followed by two infusions of chemotherapy that required 96 hours.

Delatorre had 30 tumors throughout her body, and the cancer was starting to spread into her spine.

“I’ll never forget the look on my doctor’s face when she told me the chemo didn’t work,” Delatorre said. “It was a look of horror. She told me, ‘This is the part of my job I don’t like. There’s nothing left we can offer you. You need to start making plans.’ So she basically sent me home to die with no hope.”

While trying to figure out her next move — and thinking of her son — Delatorre remembered an article a former client had sent her about a clinical trial for a new cancer treatment. It was called CAR T cell therapy. CAR stands for chimeric antigen receptor.

The treatment starts with the extraction of some of a person’s T cells, a type of white blood cell that roams through the body to fight infection. The cells are genetically modified to recognize the cancer, and then infused back into the patient.

Delatorre knew she had to try it if she wanted a chance to see her son graduate college.

She got the name of the oncologist leading the trial at UCLA: Dr. John Timmerman.

“As soon as I got his name, I called UCLA and explained my situation, and then the next thing I know, I was talking directly to Dr. Timmerman. I almost fell off my chair,” Delatorre said.

Timmerman, a professor of hematology/oncology in the David Geffen School of Medicine at UCLA and a member of the UCLA Jonsson Comprehensive Cancer Center, saw Delatorre a couple of days later. By then, her cancer had spread to lymph nodes throughout her abdomen. She now had 32 tumors in her body, including some in her bones.

“At that point, with all those different tumors growing, she didn’t really have any other options,” Timmerman said.

Less than a month after the chemotherapy failed, Delatorre was getting ready to start the then-experimental treatment. She would be the first person to receive the treatment at UCLA.

“I went in with the full belief and conviction that this was going to work,” Delatorre said. “The fact that they were basically supercharging my immune system actually made sense to me.”

On Jan. 18, 2016, Delatorre’s new “supercharged” cells were infused back into her. The 32 tumors quickly dwindled to six in just a month. And today, Delatorre has no trace of cancer.

“Denise was our patient number one, and I certainly had every bit of confidence that it was going to work,” Timmerman said. “But it’s one thing to think it and then another to actually see it happen. To see her scan, and to see those 32 tumors begin to melt away, was extraordinary.”

It has been more than two years since her treatment, and Delatorre’s cancer remains in remission.

“The real miracle is these living cells,” Delatorre said.

“This is very different than anything else we use,” Timmerman said. “These are cells that go back in the body. They divide. And they will then circulate through the body and seek out the cancer wherever it is.”

Because of the early successes, the U.S. Food and Drug Administration recently approved this specific treatment, tisagenlecleucel (known commercially as Kymriah) for adults with certain types of non-Hodgkin lymphoma. It also has approved axicabtagene ciloleucel (Yescarta), for the treatment of diffuse large B-cell lymphoma.

UCLA Health is one of the few institutions to provide both treatment options. Furthermore, its researchers and physicians were heavily involved in clinical trials and research of CAR T therapy and other forms of immunotherapy.

For now, doctors are working to make the therapy better.

Despite CAR T therapy’s success so far, many people don’t benefit from the treatment. Further, the treatment is so arduous that many people are not candidates. That’s why CAR T therapy is available only to people who haven’t been helped by traditional therapies and who have strong organ function.

“What I think about all the time is: What about that other 60 percent of patients who don’t respond?” Timmerman said. “So in our research laboratories, we're spending a lot of time figuring out how to make this therapy work better — and how to take care of the majority of patients for whom this therapy doesn’t work.”

Timmerman and his team at the cancer center are developing new CAR T cell vectors, which are the actual proteins used to engineer the cells. Current CAR T cell therapy does not kill everyone’s cancer cells. By engineering the vectors within the chimeric antigen receptors (CARs), researchers are hoping CAR T therapy will help kill cancer cells in more people. Other researchers from the UCLA Jonsson Comprehensive Cancer Center are engineering molecules that could be used before treatment to help prepare a person’s immune system to receive CAR T cells.

For her part, Delatorre is proud to say she played a part in helping open up this treatment to more people.

“When I explained to my son why I was taking part in this clinical trial, I made sure to emphasize that it wasn’t just for me,” she said. “I’m honored, actually, to be a part of it.”