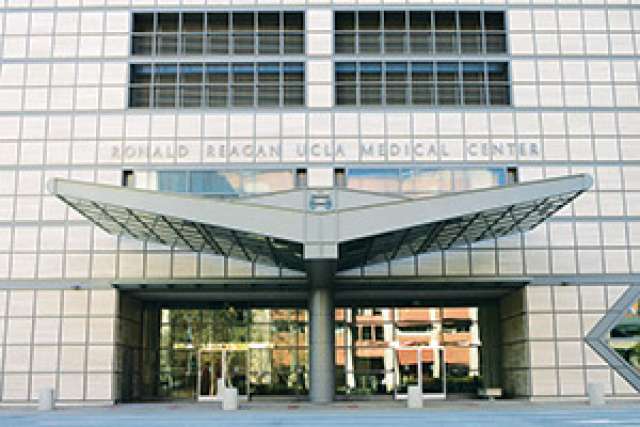 UCLA ranked highly in 15 of the 16 specialties analyzed by U.S. News.

UCLA Health’s hospitals in Westwood and Santa Monica have been named to U.S. News and World Report’s 2015-2016 Best Hospitals Honor Roll. UCLA, which previously ranked No. 5 in the country, tied for No. 3 this year.

The Honor Roll highlights 15 hospitals out of nearly 5,000 nationwide for their expertise in treating the most challenging patients in at least six medical specialties.

“We are truly honored to be recognized as one of the top hospitals in the country,” said Dr. James Atkinson, the interim associate vice chancellor and president of UCLA Hospital System. “Our ongoing commitment is to deliver the highest-quality medical care available in a compassionate environment where patients and their families are treated with dignity and respect.”

The annual U.S. News Best Hospitals rankings, now in their 26th year, recognize hospitals that excel in treating patients who need an especially high level of care. Objective measures such as patient survival and safety data, adequacy of nurse staffing and other data largely determined the rankings in most specialties.

To be included on the Best Hospitals Honor Roll, a medical center must be ranked very high in at least six of the 16 specialties in which U.S. News ranks hospitals.

“Fewer than 150 hospitals — less than 3 percent of the nearly 5,000 we evaluated — were nationally ranked in even one specialty, let alone six,” said Ben Harder, chief of health analysis at U.S. News. “An Honor Roll hospital has much to be proud of.”

“Ranking among the ‘best of the best’ is a reflection of the dedication of the people in our entire UCLA health organization including our hospitals, clinics and the David Geffen School of Medicine at UCLA — they are superb,” added Dr. John Mazziotta, vice chancellor of UCLA Health Sciences and dean of the Geffen School. “Every member of our team should be commended for putting patients first and helping to earn this distinction."

The specialty rankings and data were produced for U.S. News by RTI International, a leading research organization based in Research Triangle Park, N.C.

The rankings are available online now and will appear in print in the “U.S. News Best Hospitals 2016” guidebook in August.

UCLA Health has provided high-quality health care and the most advanced treatment options to the people of the greater Los Angeles region and the world for more than 60 years. UCLA Health includes four hospitals on two campuses — Ronald Reagan UCLA Medical Center; UCLA Health - Santa Monica Medical Center; UCLA Mattel Children's Hospital; and Resnick Neuropsychiatric Hospital at UCLA — and more than 150 primary and specialty offices throughout Southern California. UCLA Health is consistently ranked as one of the top hospitals and the best in the Western United States in the national rankings by U.S. News and World Report.

B-roll of UCLA hospitals can be downloaded from http://ucla.in/139vx0i.