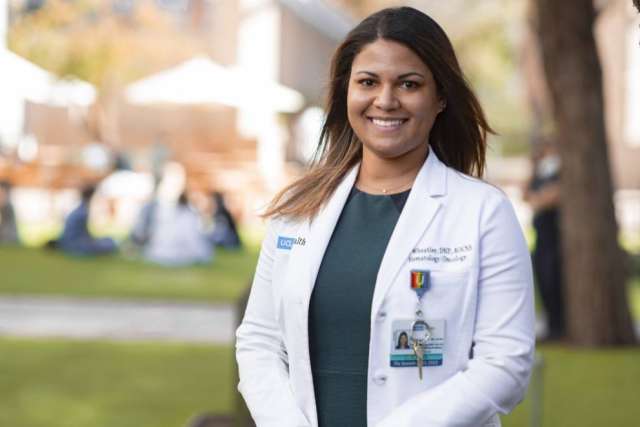 In the pantheon of selfless career choices, Tia Wheatley’s profession as a clinical nurse specialist with UCLA Health should put her close to the top of the list.

Wheatley, DNP, RN, who has worked for the Hematology/Oncology and Cellular Therapy Program at the UCLA Jonsson Comprehensive Cancer Center for two years and has served as a nurse for 11, has devoted her adult life to helping and comforting patients.

“It has always been an innate thing for me,” said Wheatley, 33, who also is an adjunct assistant professor with the UCLA School of Nursing. “Even as a kid, people would say to me, ‘Hey, you would be a really good nurse, or you would be a really good medical professional.’ I’m not sure why, I have no other medical professionals in my family. Maybe I just have that aura about me.

“But I can remember probably around the time I was 17 years old; I knew I wanted to be an advanced practice nurse … that’s what I wanted to do with my life. And once I got involved in oncology, I just fell in love with it. Just the ability to build meaningful connections with patients and their families is amazing.”

Hematologic oncology combines two fields of medicine: hematology, which is the study of the blood, and oncology, the study of cancer. The program provides comprehensive care to individuals with leukemia, lymphoma and other hematologic malignancies.

Wheatley elevated her selflessness to an even greater degree in December 2021, when she became a stem cell donor through the National Marrow Donor Program (NMDP) and Be The Match registry.

Wheatley underwent the procedure Dec. 13 at Scripps Health in San Diego. Her stem cells were harvested, then frozen and shipped to Brazil, where the transplant was completed Dec. 22. The recipient was a 50-year-old man with chronic myeloid leukemia.

Most patients who need a transplant have a 1 in 4 chance of having someone in their family be a suitable match. Those who do not have a related match rely on the National Marrow Donor Program in hopes of finding a lifesaving match.

Her donation was an extremely rare match, Wheatley said, not only because it involved fully matched unrelated donors, but also because female-to-male exchange is not always the first preference due to potential complications that can occur post-transplant. The fact she is biracial made the match even more extraordinary.

“I can’t speak more highly of Be The Match. Everything was very smooth and coordinated. They gave me very clear-cut instructions and when I arrived to all my appointments everything was exactly what they told me to anticipate. I felt very supported throughout the entire donation process,” said Wheatley.

She said the collection procedure was relatively painless and lasted less than three hours.

Not surprisingly, Wheatley was back to work four days later.

Wheatley signed up for the registry in 2014. Her initial motivation was immensely personal.

One major contributing factor involved her husband, Bryan, who received a lifesaving bone marrow transplant at age 13 for aplastic anemia, a form of bone marrow failure. She also was moved by her clinical work with patients with hematologic diseases, after witnessing not only the ongoing need for donors, but also the success of stem cell and bone marrow transplantation. 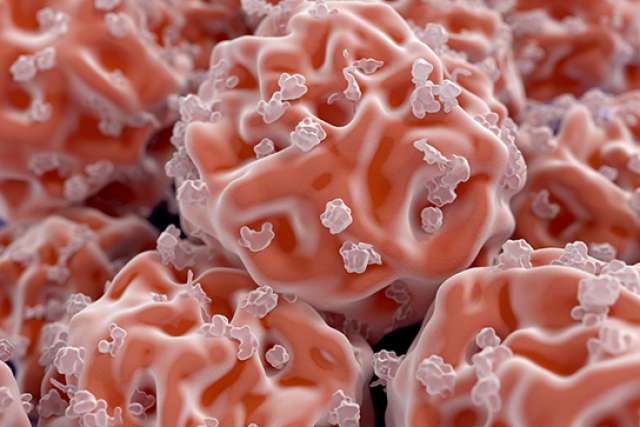 Stem cell transplants transfuse healthy cells into a person after his or her own unhealthy bone marrow is treated to kill the abnormal cells.

“I know for Bryan, having a bone marrow transplant really did make a big impact on his life,” she said. “He was able to have a healthy continuation of high school and was able to go to college and not have to be chronically burdened with his aplastic anemia, a hematologic condition that requires a lot of medical follow-up, transfusion support, and can be life-threatening if left untreated. The seemingly normal life he’s been able to live because of his transplant has been truly amazing. Knowing that’s a possibility for other people with hematologic diseases has been very fulfilling to me. It’s nice to have that little reminder in my everyday life.”

“Also, working with this population for the majority of my career, I saw firsthand what transplantation can do for the patients we serve," Wheatley said. "I just thought that this was important to me and important to my patients.”

Through her experience with the NMDP and Be The Match, Wheatley has become an advocate for the cause. She encourages anyone who might be interested in becoming a donor to seriously consider signing up for the registry — especially people in ethnic minority groups and those of mixed race.

“A former patient of mine unfortunately couldn’t find a matched donor because of his ethnic background, and ultimately passed away due to his disease,” Wheatley said. “So, that was another reason for me to get involved. It just got me thinking, “‘Wow, if there is someone like me with my ethnic background who needs a transplant, of course, I wouldn’t have any second thoughts about being their donor.’”

According to Mixed Marrow, an organization dedicated to finding bone marrow and blood cell donors for patients of multiethnic descent, on the national Be The Match Registry 30% of donors are minorities, including 7% Latino, 5% Asian and 4% Black, and 3% of potential donors self-identify as mixed race.

“With all the other health disparities that ethnic minorities are subjected to, why does this have to be one more thing? The more we can get the word out and increase ethnic representation on the registry, the better,” Wheatley said.

Throughout the donor process, Wheatley has received a wealth of support and encouragement from friends, family and coworkers.

“It’s one thing to donate your blood and be typed, it’s another thing when they call you and say there’s an eligible recipient to agree to go through the process,” said Barb Jagels, RN, senior director of cancer services at UCLA Health. “It is the ultimate definition of altruism; to be so selfless with such an undertaking, reflecting tremendous commitment, and to serve a stranger, and to do so knowing full well through her own oncology nursing care what benefit the patient will receive. That takes a very big heart.

“Tia is an inspiration to us all,” Jagels said. “It is no surprise to any of us that she would take on even one more opportunity and challenge, in the midst of her very busy work schedule, and go above and beyond and add something this complex and demanding. It’s absolutely just like Tia Wheatley.”

UCLA Health and the UCLA Jonsson Comprehensive Cancer Center have been at the forefront of transplant innovation and care through the Blood and Bone Marrow Transplant & Cellular Therapies Program. One of the world’s first bone marrow transplants was performed at UCLA Health in 1968. The clinical program has been in operation since 1973.

Learn more about the Blood and Bone Marrow Transplant and Cellular Therapies Program.

Find out more or sign up for the National Marrow Donor Program/Be The Match.