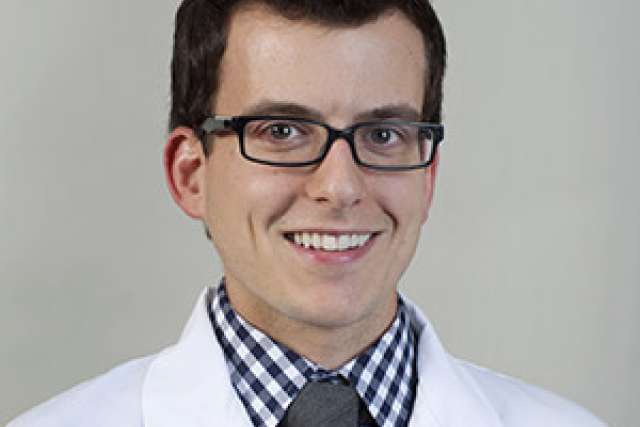 How much does it actually cost to treat low-risk prostate cancer?

Now, for the first time, UCLA researchers have described cost across an entire care process for low-risk prostate cancer – from the time a patient checks in for his first appointment to his post-treatment follow-up testing - using time-driven activity-based costing. And they found a wide variation in costs for the various available treatments that remained consistent over a 12-year period, indicating a better method to monitor costs could save valuable healthcare dollars, said study first author Dr. Aaron Laviana, a fifth year urology resident.
“This is the first study to truly investigate the costs of various treatments for prostate cancer over the long-term. As we move from traditional fee-for-service reimbursement models to accountable care organizations and bundled payments to curb growing health care expenditures, understanding the true costs of health care is essential,” Laviana said. “Traditional costing methods often lack transparency and can be arbitrary, preventing the true costs of a disease or treatment from being understood. This is important, as patients often receive a hospital bill with arbitrary charges that may or may not reflect their true treatment costs. This costing methodology creates an algorithm that allows organizations to assess their costs and see where they may be able to improve. Altogether, by maintaining similar quality, this will improve the overall value of care delivered.”

The study appears Nov. 2, 2015 in the peer-reviewed journal Cancer.

Laviana said the biggest surprise uncovered by the analysis was the relatively low cost of active surveillance, which uses repeated PSA testing and prostate biopsies to monitor for development of more aggressive disease in younger, healthier patients who might benefit from delaying treatment. Active surveillance costs remained low, even when they factored in the fact that 30 to 50 percent of patients eventually opt out and choose a definitive treatment.

At five years out from diagnosis, active surveillance still remained slightly less expensive than the price of robotic prostatectomy. Active surveillance is an important option to consider for low-risk prostate cancer, Laviana said, given many men who have it are more likely to die from other causes. It also avoids the complications from the traditional treatments of radiation and surgery, including difficulty urinating and problems with erection dysfunction.

Specifically, Laviana found costs ranging from $7,298 for active surveillance to $23,565 for intensity-modulated radiation therapy (IMRT), or conventional radiation therapy that is delivered in relatively small doses over eight weeks with patients receiving daily treatments during the process. The study also found that low-dose rate brachytherapy, the insertion of small permanent radioactive seeds into the prostate, at $8,978, was notably less expensive than high-dose rate brachytherapy, the insertion of higher dose temporary seeds, at $11,448.  Stereotactic body radiation therapy at $11,665 was notably less expensive than IMRT, with the savings attributable to shorter procedure times and markedly fewer visits required for stereotactic body radiation.

In robotic-assisted laparoscopic prostatectomy, both equipment costs and an inpatient stay at $2,306 contributed to its high cost of $16,946. Cryotherapy, or freezing the tumor, at $11,215 was more costly than low-dose rate brachytherapy, largely because of increased single-use equipment costs of $6,292 versus $1,869 for brachytherapy.

“We were surprised in the profound cost differences in radiation therapy based solely on the number of treatments delivered,” Laviana said. “Future studies are needed to determine whether there are differences in outcomes between these modalities.”
For this study, the team determined space and product costs and calculated personnel capacity cost rates. They calculated personnel costs for the prostate cancer treatment team of doctors, nurses and patient affairs based on the steps of the process. Space and equipment costs also were defined.

Going forward, the UCLA team plans to link the costing analysis to rigorously assessed quality measurements and outcomes trials to see which treatments provide the greatest value. They also plan to expand this study to assessing all levels of prostate cancer to see how the cost of care varies with localized high-risk prostate cancer as well as metastatic disease to analyze the burden of prostate cancer on end-of-life care.

The study was funded by the H & H Lee Surgical Research Scholar Program.

“The use of time-driven activity-based costing is feasible for analyzing cancer services and provides insights into cost-reduction tactics in an era focused on emphasizing value,” the study states. “By detailing all steps from diagnosis and treatment through 12 years of follow-up for low-risk prostate cancer, this study has demonstrated significant cost variation between competing treatments.”

For more than 50 years, the urology specialists at UCLA have continued to break new ground and set the standards of care for patients suffering from urological conditions. In collaboration with research scientists, UCLA’s internationally renowned physicians are pioneering new, less invasive methods of delivering care that are more effective and less costly. UCLA’s is one of only a handful of urology programs in the country that offer kidney and pancreas transplantation. In July of 2015, UCLA Urology was ranked third in the nation by U.S. News & World Report. For more information, visit http://urology.ucla.edu/.
Media Contact:
Kim Irwin
310-794-2262
[email protected]