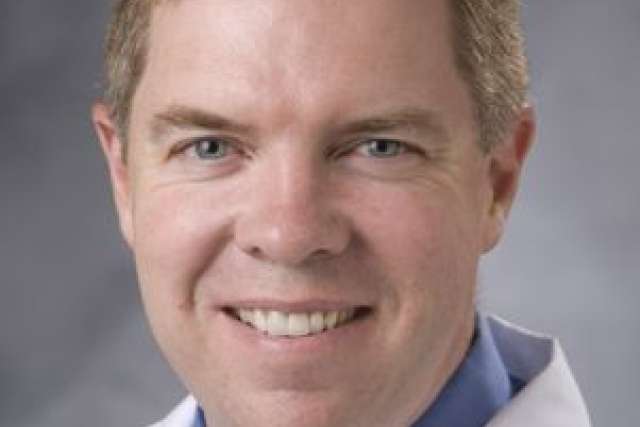 Scientists from UCLA’s Jonsson Comprehensive Cancer Center have shown for the first time how a unique protein found in human bone marrow can drive stem cells to repair our blood system after an injury.

The groundbreaking findings provide a roadmap that could help scientists make existing radiation and chemotherapy treatments more effective for people with cancer and other blood-related diseases.

Led by Dr. John Chute, a UCLA professor of hematology and radiation oncology and a member of the Jonsson Cancer Center, the nearly two-year study was published online by the Journal of Clinical Investigation. It will appear later in the journal’s print edition.

Millions of cancer patients worldwide currently receive some form of radiation therapy or chemotherapy in hopes of curing the disease, and most suffer damage to their blood system as a result. Current therapeutic regimens are also cyclical, generally requiring a 30-day wait period between treatments to allow the blood system time to heal and repair.

A key to the new study were hematopoietic stem cells, which can change and become any other type of blood cell, such as red or white blood cells. Scientists have long studied hematopoietic stem cells in the lab, seeking to understand how bone marrow regulates and instructs them to regenerate and repair themselves, which helps our bodies to recover after an injury or stress.

In prior research, Chute had discovered that endothelial cells — the cells that make up the lining of blood vessels in our bone marrow — play a key role in telling hematopoietic stem cells how to renew and repair themselves. He theorized that following an injury or another stress to our body, the blood system as a whole benefits as the activity in bone marrow directly drives the stem cells to promote and accelerate recovery.

In the new study, Chute and colleagues built upon their previous studies to identify a new protein called pleiotrophin. They discovered that the protein binds to hematopoietic stem cells, and that it is this process that activates the blood stem cells to stimulate the recovery of our entire blood system.

Chute’s team conducted experiments in mouse models to administer pleiotrophin after a normally lethal dose of radiation. They found that hematopoietic stem cells and the blood system recovered faster with pleiotrophin than without it, and in two-thirds of the cases the animal survived. Additionally, they found that when they did the opposite — actually blocking pleiotrophin and thereby preventing it from functioning — the blood stem cells saw no advantage in recovery. This strongly suggests that the protein is key in accelerating recovery of the blood system.

“We have now discovered the mechanism by which pleiotrophin can instruct blood stem cells to regenerate,” said Chute, who also is a member of the UCLA Eli and Edythe Broad Center of Regenerative Medicine and Stem Cell Research. “By modeling it for potential use in human patients, this opens the door for tremendous therapeutic possibilities.”

Chute and his team are currently pursuing a Phase I clinical trial with the goal of accelerated recovery for patients undergoing all types of radiation and chemotherapy as well as lessened delays between treatments.

“With this discovery, we hope to provide the basis for improving outcomes for patients with cancer or other blood-related diseases and who are undergoing highly toxic treatments,” said Chute.

Dr. Heather Himburg, an assistant professor of medicine at UCLA, was the study’s first author. The research was supported by funding from the National Institute of Allergy and Infectious Diseases and the National Heart, Lung and Blood Institute. Additional funding was provided by the Broad Stem Cell Research Center.