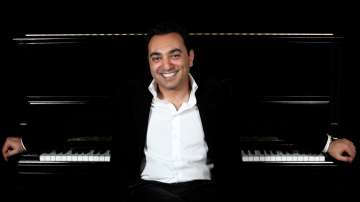 Safa Shahidi is a very well-reputed pianist and music composer.

Composing Career: Inspired by Persian Folklore and traditional music of his homeland, Shahidi has composed several pieces for piano solo and two pianos which performed at his concerts. You can find in his works oriental intervals, rhythms and melodies conveyed within the framework of Western classical music which creates a blend of sounds bringing East and West culture together.

Shahidi is a member of the Green Ribbon Campaign (GRC). His musical background is a unique part of the campaign, raising awareness by bringing together music and the medical knowledge on kidney disease. As a music composer and consultant of the Clinical Music Program, he contributes his musical expertise with the knowledge of kidney-specialist physicians to open the dialogue around prevention and to slow down the progression of kidney disease in our society.