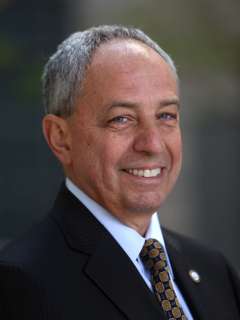 Dr. Mazziotta earned his MD and PhD in neuroanatomy and computer science from Georgetown University. Following an internship at Georgetown, he completed neurology and nuclear medicine training at UCLA.

Dr. Mazziotta has published more than 260 research papers and eight texts. He has received numerous awards and honors, including the Oldendorf Award from the American Society of Neuroimaging, the S. Weir Mitchell Award and the Wartenberg Prize of the American Academy of Neurology, and the Von Hevesy Prize from the International Society of Nuclear Medicine. Dr. Mazziotta has been elected to the National Academy of Medicine and the Royal College of Physicians.