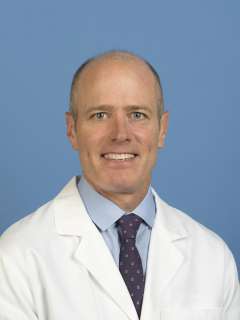 Dr. Stanley T. Carmichael is Chair of the Department of Neurology at UCLA.

S. Thomas Carmichael is a neurologist and neuroscientist in the Department of Neurology at the Geffen School of Medicine at UCLA. Dr. Carmichael is a Professor with active laboratory and clinical interests in stroke and neurorehabilitation, and how the brain repairs from injury. He received his M.D. and Ph.D. degrees from Washington University School of Medicine in 1993 and 1994, and completed a Neurology residency at Washington University School of Medicine. Dr. Carmichael was a Howard Hughes Medical Institute postdoctoral fellow at UCLA from 1998-2001, studying mechanisms of axonal sprouting, with a clinical emphasis on neurorehabilitation and stroke. He has been on the UCLA faculty since 2001. Dr. Carmichael’s laboratory studies the molecular and cellular mechanisms of neural repair after stroke and other forms of brain injury. This research focuses on the processes of axonal sprouting and neural stem cell responses after stroke, and on neural stem cell transplantation. Dr. Carmichael is an attending physician on the Neurorehabilitation and Stroke clinical services at UCLA. Stroke is the leading cause of adult disability. This is because 75% of people survive their initial stroke, but few recover completely. My laboratory is studying the mechanisms of brain repair and functional recovery after stroke. Recent research has led to the surprising discoveries that the adult brain is capable of forming new connections after stroke (termed axonal sprouting) and is capable of recruiting adult brain stem cells to areas of injury (termed post-stroke neurogenesis). If properly harnessed, these two processes hold the promise of regenerating and reconnecting brain cells near areas of injury. We are determining the molecules that control axonal sprouting and neurogenesis, so that new therapies can be developed that promote brain repair after stroke. The fact that the adult brain is capable of axonal sprouting and neurogenesis after stroke indicates that stroke induces a region of great structural change, or plasticity, near areas of damage. In a third avenue of investigation, my laboratory is identifying these areas of brain plasticity after stroke as candidate regions for neural stem cell transplantation to promote recovery and restoration of function after stroke.

Our research has defined a novel environment in the brain that supports repair and regeneration after stroke. This novel environment is induced by stroke in the tissue that surrounds the infarct or stroke site. In this region, new blood vessels are formed, and secrete growth factors that stimulate neural stem cells to become neurons. Also within this regenerative brain environment after stroke, molecules are expressed that promote the formation of new connections, or axonal sprouting. Our present work focuses on developing drugs that will influence this environment for repair after stroke to further its natural recovery.

Dr. Carmichael is an attending physician on the Neurorehabilitation and Stroke clinical services at UCLA.

Neurology, American Board of Psychiatry and Neurology, 2000 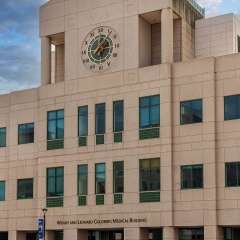