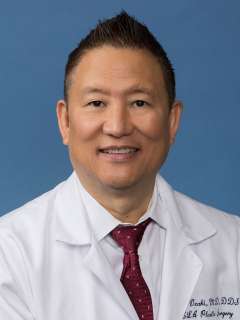 Dr. Ozaki began his academic career at Oregon Health & Sciences University in 1999. After five years he achieved the academic rank of Associate Professor of Surgery. He has publications in the Plastic and Reconstructive Surgery, the Annals of Plastic Surgery, the Craniofacial Journal, the Annals of Thoracic Surgery, and the Journal of Oral and Maxillofacial Surgery. He has also presented his research nationally and internationally. In 2001, he was accepted as a Fellow in the American College of Surgeons. Dr. Ozaki was the Chief of Pediatric Plastic and Craniofacial Surgery at Doernbecher Children's Hospital.

Dr. Ozaki then left his academic practice at OHSU to join a private plastic surgery and oral and maxillofacial surgery practice. After Dr. Henry Kawamoto, his mentor, retired, Dr. Ozaki was recruited from private practice to return to UCLA. Dr. Ozaki joined the full-time faculty at UCLA as a Clinical Professor of Plastic Surgery. Dr. Ozaki is the Chief of Pediatric Plastic and Craniofacial Surgery at UCLA. He also serves as Chief of Plastic Surgery at Olive View-UCLA Medical Center.  Dr. Ozaki is also the Chief of Oral and Maxillofacial Surgery at UCLA School of Dentistry.

Dr. Ozaki is board certified by the American Board of Plastic Surgery and the American Board of Oral and Maxillofacial Surgery. Having two board certifications, he is uniquely qualified to perform cosmetic and reconstructive procedures on the face and entire body. He specializes in pediatric plastics, craniofacial surgery, facial plastic surgery, aesthetic breast surgery, body contouring surgery, minimally invasive (endoscopic) surgery and facial feminizing surgery.

University of Pittsburgh School of Medicine, MD, 1992
USC School of Dentistry, DDS, 1988
What insurance is accepted? 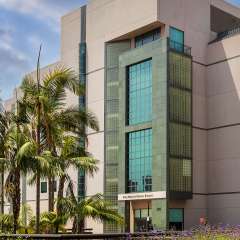