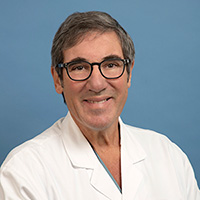 He was trained in surgery at the Peter Bent Brigham Hospital and was a Clinical Associate in Cardiac Surgery at the National Heart, Lung and Blood Institute of the National Institutes of Health under Dr. Andrew G. Morrow. Dr. Shemin received his training in cardiothoracic surgery at New York University Medical Center under Dr. Frank C. Spencer and O. Wayne Isom. He is a certified diplomate of the American Board of Thoracic Surgery. Currently, Dr. Shemin is a Director of the American Board of Thoracic Surgery.

He returned to Harvard Medical School and the Brigham and Women's Hospital in 1982. After receiving training in Heart transplantation at Stanford he helped lead the team at the Brigham to perform the first heart transplant in New England in 1984. In addition he was the Director of the Cardiac Surgery Intensive Care unit at the Brigham.

Dr. Shemin's national reputation in performing valvular repair and replacement serves as a platform for his leading studies to evaluate new technology for mechanical prosthesis and bioprosthesis. He is currently leading a multi-site study at Boston Medical Center to evaluate an innovative aortic bioprosthesis. He also is a principal investigator of a multi-site study to evaluate a surgical therapy for improving long-term survival of heart failure patients. He continues to be a leader in the development of the field of minimally invasive cardiac surgery and most recently is developing robotic assisted cardiac surgery.

Dr. Shemin serves as president of the Boston University Cardiothoracic Surgery Foundation, Inc. He is an educator and has held leadership positions in the Thoracic Surgery Training Directors Association. He has lead the Curriculum Committee, been the Editor of the Adult Cardiac Surgery Section of the Curriculum, and the self assessment exam SESATS. Dr. Shemin is a Director on the American Board of Thoracic Surgery and serves on the Maintenance of Certification Committee.

Dr. Shemin currently serves as councilor to the Massachusetts Chapter of the American College of Surgeons and the American College of Cardiology. He holds positions on the Society of Thoracic Surgeons Council on Health Policy, Reform and Advocacy; National Databases Committee; The Society of Thoracic Surgeons Council on Quality, Research & Patient Advocacy - Evidence Based Surgery. His work on the latter committee involved establishing guidelines for the surgical treatment of atrial fibrillation, and antibiotic timing and utilization.

He has been appointed to the Chair of the Workforce on Adult Cardiac Surgery. As Chair, he also serves on the STS Council on Education and Member Services Operating Board. These activities involve developing responses to industry, other specialties and the government on issues that affect the practice of thoracic surgery; developing coalitions of support among organizations and promoting a position of strength for the Society within the area of health policy.

He chairs the Interdisciplinary Taskforce on Cardiac Care and Thoracic Surgery Training, as well as the Taskforce on Practice and Access. This Taskforce has performed major manpower surveys that help guide the specialty.

He has been honored with the Distinguished Alumnus Award, Boston University School of Medicine, and Outstanding Leadership, Thoracic Surgery Foundation for Research and Education.

Dr. Shemin was selected to study at the Harvard Executive Program for Physicians and Health Care Leaders at the John F. Kennedy School of Government, and is a frequent presenter at various hospitals, medical centers, medical associations, and non-profit medical organizations worldwide. He is the published author of over 300 articles and abstracts focusing on a variety of cardiac-related conditions, including his specialty of cardiothoracic surgery, and has been awarded multiple research grants from peer review organizations serving as a Co-PI for major revascularization trials.

Dr. Shemin joined UCLA in 2007 as Vice Chairman of the Department of Surgery, Chief of the Division of Cardiothoracic Surgery, Chairman of Cardiothoracic Surgery at Ronald Reagan UCLA Medical Center, Co-Director of the UCLA Cardiovascular Center and Professor of Surgery at the David Geffen School of Medicine at UCLA. He is regarded as one of the country's leading cardiothoracic surgeons with a national reputation performing valvular repair and minimally invasive robotic surgery.

He holds the Robert and Kelly Day Chair in Cardiothoracic Surgery, and was recently elected as vice chair of the American Board of Thoracic Surgery (ABTS). The ABTS is the board that certifies thoracic surgeons in the United States. He will serve as Vice Chair from 2011-2013, and then become Chair for an additional 2 years. It is one of 24 medical specialty boards that make up the ABMS. Through ABMS, the boards work together to establish common standards for physicians to achieve and maintain board certification. The boards were founded by their respective specialties to protect the public by assessing and certifying doctors who meet specific educational, training and professional requirements.

TAVR and the Value of the STS/ACC TVT Registry

Richard J. Shemin, MD click here to update your profile
Back to search