Behavioral therapy increases connectivity in brains of people with OCD 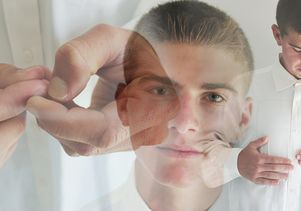 UCLA researchers report that people with obsessive-compulsive disorder, when treated with a special form of talk therapy, demonstrate distinct changes in their brains as well as improvement in their symptoms.

In the study, published in Translational Psychiatry, people with OCD underwent daily cognitive behavioral therapy, or CBT, to learn how to better resist compulsive behaviors and to decrease distress. Within one month, they had developed extensive increases in the strength of the connections between regions of their brains — which may reflect the participants gained new non-compulsive behaviors and thought patterns.

The results bolster the argument for making CBT more widely available for treating the disorder, which affects more than one in 50 people in the U.S. The study also could help guide future treatments that are faster or more effective, which would lower health care costs.

“The changes appeared to compensate for, rather than correct, underlying brain dysfunction,” said Dr. Jamie Feusner, director of the Adult Obsessive-Compulsive Disorder Program at the Semel Institute for Neuroscience and Human Behavior at UCLA and the study’s senior author. “The findings open the door for future research, new treatment targets and new approaches.”

OCD is a psychiatric condition in which a person has difficult-to-control, reoccurring thoughts, as well as the urge to repeat behaviors over and over. Common symptoms include fear of germs or contamination, unwanted or aggressive thoughts, and compulsions to clean, check or put things in order. It is typically treated with medication, psychotherapy or a combination of the two.

In the new study, UCLA researchers evaluated 43 people with OCD who received intensive CBT therapy (either immediately or after a four-week wait) and 24 people without OCD who were used as a comparison group.

When the scientists compared the “before” and “after” brain scans of the participants who received CBT, they saw an increase in connectivity — which can signify greater communication — between the cerebellum and the striatum, and between the cerebellum and the prefrontal cortex. The scans of people without OCD did not show any changes; and among the people with OCD who waited four weeks for their treatment, there were also no changes during the waiting period, demonstrating that the changes in the brain do not occur spontaneously with the passage of time.

“The results could give hope and encouragement to OCD patients, showing them that CBT results in measurable changes in the brain that correlate with reduced symptoms,” said Teena Moody, a UCLA research associate and the study’s first author.

The work was supported by a grant from the National Institute of Mental Health.