Alcohol exposure in the womb disrupts communication between brain regions 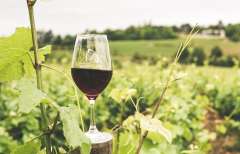 Drinking alcohol during pregnancy disrupts the fetal brain’s ability to form important connections. A collaborative project between UCLA Neurology faculty Dr. Katherine Narr, Ph.D., and Dr. Roger Woods, MD, and researchers at the Universities of Stellenbosch and Cape Town, South Africa, enabled researchers to observe in detail how alcohol changes the brain’s functional networks at a critical stage of development.

South Africa has one of the world’s highest rates of fetal alcohol spectrum disorders, in part because of the Western Cape province’s particular history and culture. Farm workers were historically paid part of their wages in wine, and heavy drinking remains a social norm in many communities. This means that pregnant women who drink are less likely to try and minimize their reported drinking, and that coupled with the high rate of fetal alcohol exposure makes the region a hotspot for studying the effects of alcohol on the developing brain.

Researchers have long known that babies exposed to alcohol before birth are at risk of developing lifelong cognitive and behavioral impairments. They may have poor motor skills, increased sensitivity to sensory stimulation, and difficulty with self-regulation. These children may have altered brain structure in certain areas, and although that is suggestive, brain volume itself doesn’t always directly indicate functional changes.

The international team established a method for imaging the brains of sleeping infants using MRI. Drawing on the world-class UCLA Brain Mapping Center’s experience in processing and analysing challenging brain data, such as these very young brains represented, the researchers could see the brain’s anatomy and which areas of the brain were active during specific times.

The brain depends on two kinds of networks. One is a physical network, in which collections of brain cells connect to one another via long tendrils, and they communicate by sending chemical signals cell-to-cell. The other is a functional network, which uses the physical network as base to connect regions of the brain directly or indirectly, acting in coordinated patterns that can be measured by active blood flow.

This study looked at the relationships between the structural and functional networks. Structural MRI allows researchers to see the physical connections between brain cells, while functional MRI reveals which regions of the brain are active during a task. In this case, the team used functional MRI to image the babies’ brains at rest. Even when not consciously thinking about things or making decisions, the brain is still active. This study compared the activity patterns in the resting brain with the structural network and looked for differences between the alcohol-exposed infants and their unexposed counterparts.

In addition, important functional “hubs” for coordinating communication between regions were not well-connected in the alcohol-exposed babies, and future studies will be needed to link those differences to specific behavioral consequences. In the babies exposed to alcohol, the researchers found more connectivity in “sensorimotor” areas, which are responsible for processing sensory information and controlling muscle movements. This excess activity could underlie some of the irritability and “unsettledness” that is seen in these babies, as they may be overly sensitive to sensory stimulation. 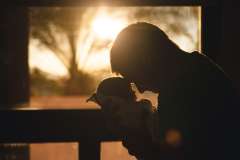 If the findings can help identify affected children earlier, it could improve their treatment. “Even at age one year, it’s possible to identify emotional and behavioral difficulties that might be linked, and devise early interventions that might be developmentally appropriate,” said Annerine Roos, PhD, of the department of pediatrics and child health at the University of Cape Town and the paper’s first author. Often, these children aren’t diagnosed until age five or so, when they go to school.

“These children could do very well,” said Dr. Roos. “How do we identify critical interventions for those who are affected? It may affect the rest of their lives.” Documenting these brain effects could help clinicians develop ways to identify these children earlier, and get them timely treatments.

The study is part of the Drakenstein Child Health Study, and was published in the peer-reviewed journal Brain Imaging and Behavior.