From time to time, we'll profile a Department of Neurology lab and the important work it's doing in the field. Today we're highlighting the work of Dr. Ahmet Arac and his team...

Lab Mission: To understand the brain-behavior relationship by using the motor system as a model. 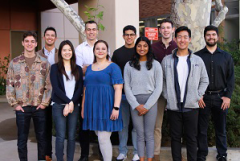 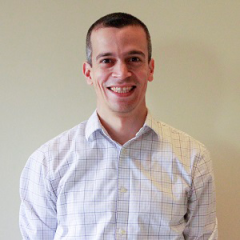 First off, do you want to tell me about your lab—what are you aiming to do? What's the goal that you're trying to reach?
ARAC: We are interested in understanding the brain-behavior relationship. And the way we do this is by focusing on the skilled motor behavior. Skilled upper extremity movements can actually be considered a type of high-cognitive function. These may include a virtuoso playing a violin, or a basketball player throwing a 3-pointer. However, even just a simple reaching task, like when you'd like to drink coffee, you first need to reach a cup, grab it and drink it- can be quite complex if analyzed in detail. Moreover, when you think about the neural mechanisms of these movements, things get even more complicated. We’re trying to understand the neural machinery behind our skilled movements, both in healthy conditions as well as in disease conditions, how they are affected in neurological diseases and how they recover after central nervous system injury.

Have you had any recent research papers published? 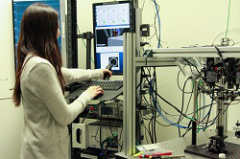 ARAC: We have. We've developed some techniques to perform detailed analysis of the behavior, and we published those. Those techniques are focusing on analyzing these behaviors in a more detailed way. They use deep learning approaches to identify the joint positions in the body of a human as well as a rodent. And then by using multiple cameras, we create 3D models of the subjects performing the movements, and then analyze them in detail. We can identify different patterns of movements in healthy versus neurologically injured subjects, like stroke, and during the recovery phase. For those, we use unsupervised machine learning approaches to identify different patterns of movements.

What's the most exciting aspect of neurological research?
ARAC: I think how the nervous system or the brain processes the information and computes actions is just amazing by itself. It is an amazing machinery that we know little about, and doing research in this field and trying to figure things out is a lot of fun. And that’s the most exciting thing about neuroscience or working on the brain: just the fun of figuring things out on one of the most complex machineries that we know of.

What do you anticipate to be the most significant advancement in our research and care in the next 10 years or so? 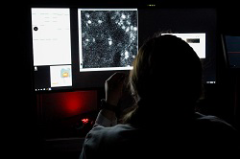 So, why don't you tell me a little bit about your team and their roles? 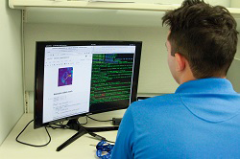 What do you like to do in your down time?
ARAC: [laughs] My off-time is kind of limited, but throughout my life, I liked math and mathematical puzzles, riddles. It may sound too nerdy but those are the hobbies that I enjoy a lot. And besides that, we have a two-year-old daughter. So, these days playing and spending time with her and my wife are the only things that I can enjoy in my off time.

Does your lab do anything outside of work?
ARAC: We try to regularly go out for brunch or dim sum or some type of outing. Because we are a new lab, we're just starting to establish those traditions.

More from the Arac Lab... 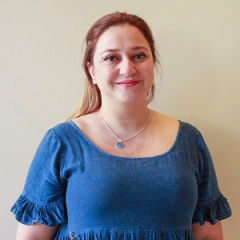 What do you find most valuable about working in this lab?
KILIC: I like the fact that it is a new lab and this is going to be a good experience for me, like when I want to have my own lab. I have worked with three PI's [Principal Investigators] who are highly established. They were amazing, but they were already there for like 15-20 years, maybe even more. So you want to see how you get there. I am really excited about the projects and the science behind them, and I'm also excited about the optimization processes and problem-solving that any lab brings with it. I'm also excited about working with new faculty so I can learn how new faculty develops. 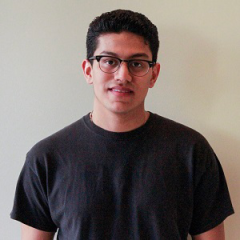 What do you like about working in this lab?
SUAREZ: The techniques we use are really interesting. We use a new technology called neuropixels probes. It's a relatively new way of doing electrophysiology because it gives you more ability to record more neurons, in more brain regions than you could in the past. So, I think it's really cool to see that we're going to get a better idea of how the brain really works in terms of this. I think the resources that we have are cool, the behavior rig and all that, it's really intricate, really fancy, like all the different ways we can manipulate our probes and insert them into different regions. I think that's really cool. The lab has all these different ways of answering this question. So I think it’s great just seeing the different approaches that we're all taking to get to the same answer, and that is something that we didn't have the resources to do when I was an undergrad. I think the people are really good. Ahmet is a really good mentor. He works really hard and it's always good to see people who are really passionate about what they do. 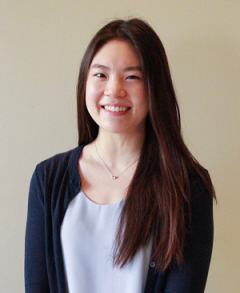 What do you hope to get out of this project?
NAGASE: Overall, we're trying to identify how the neural activity patterns contribute to the skilled movements. And that has implications for, say, stroke patients. When the movement after a stroke is impacted, we're trying to see how these activity patterns are disrupted and then eventually how they contribute to the recovery process, which could help with improving rehabilitation methods. 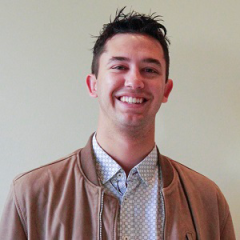