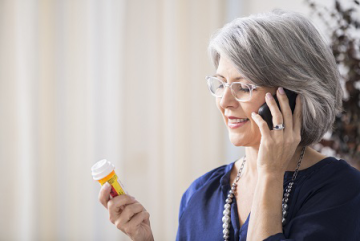 “Where were you when everything shut down?” Each generation has a collective memory of a moment that binds them together. For some of us, the “safer-at-home” order seemed to shut down everything overnight. Others began grappling with the possibility much earlier.

Dr. Sarah Kremen, director of the California Alzheimer’s Disease Center (CADC) at the Mary S. Easton Center for Alzheimer’s Disease Research at UCLA, had an early taste of what was to come. A CADC staff member had a daughter in college in Italy when COVID-19 began to spread in that country. As the situation evolved, Dr. Kremen followed the daily updates, culminating in the daughter’s safe arrival home -- just as the borders closed to travel from Europe.

“It became something personal for our office,” said Dr. Kremen. “Because of that, Italy really was on my radar.” 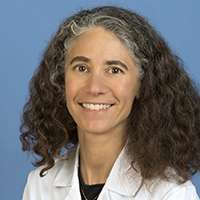 Impact on clinical trials
Dr. Kremen conducts clinical trials through the Kagan Clinical Trials Program at the Easton Center. One trial involves a preventive drug for subjects who are healthy, but may be at risk of developing dementia later on. Many are retired. “These are people who travel all over the place,” said Dr. Kremen.

Out of an awareness of the possibility of an outbreak here, trial staff had begun asking participants during their pre-visit reminder calls whether they had traveled recently. In early March, a participant came to the clinic, having not answered the reminder call. The coordinator discovered that the family had just returned from Italy.

“My coordinator texted, and I was like, you have got to be kidding me,” Dr Kremen recalled. “I couldn’t believe this was already becoming a reality.” When she checked the CDC guidelines, she found they recommended that travelers returning from Italy should stay home for two weeks. “I had to go down and nicely tell them, ‘I’m sorry, we can’t keep your appointment today.’”

By the next week, Governor Gavin Newsom issued an executive order that anyone over age 65 should stay home. “Now we’re dealing with a public health issue, and we want to follow the guidelines,” said Dr. Kremen. As she was wrestling with whether to proceed with the clinical trial, she found clarity in a conversation with a friend who had worked with USAID during the Ebola crisis. The friend advised her to consider what’s important versus what’s urgent.

“Treating Alzheimer’s disease is important, doing our research is definitely important. Taking care of these families and keeping them in the trial is important. But is that urgent?” she said. “What’s urgent is the public health need to keep our subjects safe.”

Dr. Kremen began checking in with trial participants by phone rather than in person. In trials that require IV infusions, this means participants will miss doses until the social distancing restrictions lift. In trials that involve oral medications, the pills can be mailed. To keep as few personnel on site as possible, Dr. Kremen said, she’s taking on jobs that would normally be handled by research assistants. “I’ve been doing more, because all our staff, except for essential staff, have been sent home,” she said. “I went to get the pills from the research pharmacy in the bowels of UCLA, I packaged it up and mailed it. We’re all taking on new responsibilities to keep things going.”

How the disruptions will affect the overall study depends largely on where the study sponsors and other clinic sites are located, she said. It’s been a work in progress to navigate the guidelines for different trials as global conditions change.

Racing to the finish line
Even without human subjects to consider, lab work has been disrupted to varying degrees throughout the department. Dr. S. Thomas Carmichael, chair of the Department of Neurology at The David Geffen School of Medicine at UCLA, said the critical concern for his lab and all the labs in the department was reducing the incidence of interpersonal contact among lab members while winding down critical experiments.

“My 23-person lab is down to 4,” Dr. Carmichael said. “No more than one person will be in the lab at a time, and by the end of April, they’ll wrap everything up.”

Some experiments will be shuttered to re-start later, while others can be accelerated and finished up quickly. In some cases, halting a project would mean the loss of irreplaceable materials or animals. In those cases, university guidelines allowed for a few critical experiments to continue, as well as maintaining research animal colonies.

Dr. Carmichael’s lab studies the brain’s response to stroke in mice. Stroke typically affects older individuals, so his team is working with elderly mice to better model conditions in humans. “These are precious and hard-to-use animals by virtue of the fact they’re so old,” Dr. Carmichael said. “The studies have been going on for months, and are due to finish in March and April. We couldn’t stop them mid-March.” 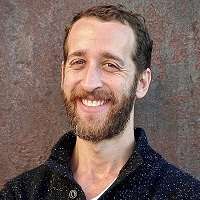 Learning new ways to collaborate
Labs whose work involves no living experiments have been affected, too. “The activity in our lab is a lot of sitting and thinking,” said Dr. Noah Zaitlen, whose group is part of the Neurogenetics Program at UCLA. “We’re a methods development lab, so people are working on math, or working on code, or they’re reading papers.”

Zaitlen and his team process biological data, such as DNA sequences, and translate them into mathematical statements. Most lab members already work from home once a week, Dr. Zaitlen said, so it’s not entirely jarring to move out of the lab for the time being. Still, the isolation dampens everyone’s productivity. A typical pre-outbreak day involved meeting with collaborators, attending research presentations, or helping each other work through problems.

“Going to get lunch with colleagues just to chat or talk about work is something we’re all missing acutely,” said Zaitlen. “Each student is working on their own individual project, but they help each other out a lot. Each one has different skills and backgrounds, or is familiar with different types of data.” The team members still meet via Skype, but it’s difficult to collaborate on complex mathematical formulas using clunky teleconference tools.

In an academic medical center, faculty and researchers thrive on finding answers and solutions to illness. For now, though, the focus is on keeping patients engaged, experiments paused and ideas moving forward, all ready to resume post-COVID19.