The John Douglas French Alzheimer’s Foundation (JDFAF) has donated $1 million for each of two permanent endowed chairs at UCLA, with matching funds from the university. The inaugural recipients of the chairs will be Dr. Jessica Rexach, who studies the role of the immune system in Alzheimer’s disease (AD), and Dr. Keith Vossel, whose research examines the interplay between seizures and dementia.

“We want these new ideas, these out of the box ideas,” said Allison Thomsen, treasurer of the JDFAF. “That’s where the most bang is coming from, these younger people doing new methods.”

“We are only just beginning to reimagine what this disease even is,” said Rexach. “From that perspective, to have the opportunity to follow up on our ideas and see where they lead -- it’s exciting.” 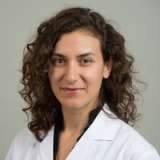 Rexach studies how molecules of the immune system contribute to neurodegenerative disease. She started down that path when a gene was discovered that linked immune function to AD risk. Before that, inflammation was thought to occur in response to the disease, not as a cause. “When we saw this genetic finding, to me it was immediately clear that this was going to be a whole new thing,” she said.

Immune system molecules help fight bacteria and viruses throughout the body, including in the brain. But these same molecules may also have different functions in the brain. “We’re seeing all of these molecules involved in dementia and we don’t understand what’s going on,” she said. Her work considers the genes that are altered in dementia and how those molecules may be interacting to cause disease. Understanding those interactions could reveal new opportunities for therapies, she said.

Dr. Keith Vossel joined UCLA as the director of the Mary S. Easton Center for Alzheimer’s Research and Care on July 31. 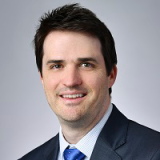 Working first in animal models and later with human patients, Vossel discovered a link between Alzheimer’s disease and silent seizures, mostly occurring overnight. “I was interested in whether the frequency of seizures could be under-recognized,” Vossel said. On rare occasions, he said, clinicians might test a patient’s brain electrical activity, but the tests were too brief to reveal seizure activity. “Those short 20-minute tests would be pretty much normal,” he said. However, by monitoring patients overnight, Vossel discovered seizure-like events in over 40% of Alzheimer’s patients - four times the rate of the healthy subjects.

The seizures appeared to hasten cognitive decline, possibly because they disrupt the consolidation of memories that occurs during healthy sleep. “Based on these findings, I started a phase 2 clinical trial with an antiseizure drug,” Vossel said. “I’ve had the rare privilege of being able to study a scientific question both in animal models and the human condition, and come up with a therapy that can be tried in patients.”

This plays into his vision for the UCLA Easton Center. “I’m interested in expanding on my own experience to establish a pipeline for translating bench discoveries into early-stage clinical trials,” he said. He’s excited to apply the center’s resources in neurogenetics toward developing truly personalized therapies for patients, as well as growing into new areas of expertise, including neuroimaging and stem cell biology.

The endowments represent a major shift in the way JDFAF supports research. For many years, the foundation awarded smaller grants to individual researchers. As part of their new Strategic Initiative, JDFAF is distributing all of its accumulated funds into 11 endowments at four California institutions, including UCLA.

As a condition of the endowments, the institutions provide matching funds, and the recipients meet every year to share their work as part of an annual consortium.

Having a permanent endowment that generates a continuous flow of funding relieves some of the pressure to seek grants each year. “I’m very much looking forward, and they’re taking a leap with me,” said Rexach. “We’re at the very beginning, and it’s with humility and hope that we embark on this.”

More about the Mary S. Easton Center for Alzheimer's Research and Care at UCLA