Extending the Genomics Revolution to People of All Ethnicities 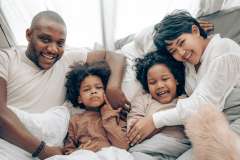 Photo by Ketut Subiyanto on Pexels

Personalized medicine based on genetics is the wave of the future, but to extend its promise equally to people of all ethnicities, genetic studies must include more people of non-European heritage.

Two UCLA faculty members are part of a multi-institution team that was awarded a 4-year, $3.2 million grant from the National Human Genome Research Institute (NHGRI) to study the genetics of different populations in fine detail. Noah Zaitlen, PhD, in the Department of Neurology, and Valerie Arboleda, MD, PhD, in the Departments of Human Genetics and Pathology and Laboratory Medicine, will study genetic diversity within broad racial categories, such as “Black” or “non-white Hispanic” and determine how that diversity impacts clinical care.

“The grant is really focused on how we can better translate genetic and genomic data into something clinically relevant for diagnosis, prognosis and treatment of disease for multiethnic populations,” said Dr. Arboleda.

“There’s a social justice issue involved in the use of genetics in given populations, because so much of the research has been focused on people of European ancestry,” said Dr. Zaitlen. Collecting DNA sequence data from more people of more diverse backgrounds will help improve genetic analysis for more people, he said.

This lack of ethnic diversity in genetic data comes into play when researchers estimate the role of genes in disease susceptibility. Occasionally, a single gene is sufficient to tag a person as “at risk” for a certain disease, such as BRCA1 in breast cancer. More often, disease risk arises from complex interactions between many different genes as well as the environment. Each gene has a tiny effect on disease risk, but it’s possible to calculate a patient’s risk of disease by tallying up the contributions of all those different genes. 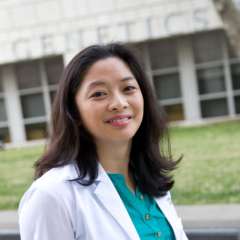 The team will analyze genetic data from different populations to distinguish between genetic markers that correlate with biological disease risk, and those that might correlate with something else, such as ancestry. Different populations around the world have accumulated changes differently throughout the genome -- a gene that is rare in Europeans could be common in East Asians, for instance. “If it’s rare, there’s a high likelihood that it could be causing disease, but what you consider rare varies a lot between populations,” said Dr. Arboleda.

Grouping people into populations by shared genomic factors, he said, could uncover patterns of disease susceptibility that might be harder to detect when only considering self-identification or social categories of race. Categories on a form don’t adequately reflect the vast genetic diversity possible within each group, and that can be a problem, Dr. Zaitlen said. 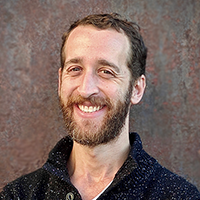 “Self-identified race/ethnicity is a question of identity and not a question of genetics,” he said. “Shared ancestry is fundamentally different, but they’re related, so we want to use genetics here to look at how these factors relate to risk.” A category such as Latino, for example, might include genetically diverse subpopulations, such as Puerto Rican, Dominican, and Colombian. Each of these subpopulations could have unique genetic variants that may help improve disease risk prediction and other aspects of clinical care, and those can only be uncovered by studying each ancestry group separately.

Each member of the team will focus on a different area of study based on their geographical location. Because the Los Angeles area is home to the largest population of Persians outside of Iran, the UCLA team will have a unique opportunity to study genetic markers specific to people of Persian ancestry. “We want to try to identify reasons they’re showing up at the hospital that are different from other populations,” said Dr. Zaitlen. “Because there hasn’t been a lot of analysis done within the Persian population yet, there’s likely a lot that’s still unknown.”

In addition to Dr. Zaitlen and Dr. Arboleda, the team includes Dr. Christopher Gignoux, PhD, at the University of Colorado, Anschutz Medical Campus; and Dr. Gillian Belbin, PhD, at the Icahn School of Medicine at Mount Sinai.