A team of UCLA neurologists have uncovered new potential drug targets in the brains of patients with Alzheimer’s disease, an irreversible, untreatable form of dementia. By testing more than a thousand patient samples, the researchers identified changes in the brain that were broadly consistent, and therefore likely to be involved in the disease.

“This is the most comprehensive analysis in terms of the number of cases used that’s been done to really look at the Alzheimer's disease proteome,” said Dr. Daniel Geschwind, UCLA’s Gordon and Virginia MacDonald Distinguished Professor of Neurology, Psychiatry, and Human Genetics. 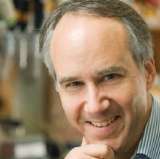 The term “proteome” refers to the collection of protein molecules present in the body, in the same way that “genome” refers to all of a person’s genes. The researchers measured the amounts of different proteins in brain samples that had been collected in tissue banks. Some of the patients had Alzheimer’s disease, some had another type of dementia called “progressive supranuclear palsy” (PSP), and some were healthy controls.

They tested over 1,000 samples from six different brain banks across the U.S. The samples had been gathered by an unprecedented NIH-driven initiative called “Accelerating Medicines Partnership - Alzheimer’s Disease” (AMP-AD), whose goal is to accelerate medicine development for Alzheimer’s disease.

Alzheimer’s disease is the most common cause of dementia among people over age 65, and more than 5 million Americans are currently thought to have the disease. Despite its prevalence, there are currently no effective medications to cure the disease or slow its progression.

From the brain samples, the researchers identified some 5,000 proteins, which they grouped into “modules,” or sets of proteins consistently found together. The brain is a dynamic organ, and different proteins come and go all the time, doing their jobs and then being cleared away when they’re no longer needed. The proteins in a module don’t necessarily interact directly with one another, but their levels rise and fall together in a coordinated pattern.

“We measured the level of each and every protein across hundreds of samples, and we asked, ‘what are the proteins that change together in disease?’” explained Dr. Geschwind.

Simply finding proteins in the brain doesn’t mean they’re causing disease, of course. To establish which proteins likely played a role in dementia, the researchers focused on proteins present early in the course of disease. Some of the samples came from people who died before any dementia symptoms had set in, but whose brains bore the characteristic physical signs of Alzheimer’s disease.

In addition, genetic studies have identified certain genes that increase the risk of developing Alzheimer’s disease. Modules containing more proteins encoded by those Alzheimer’s risk genes will likely be involved in causing disease. 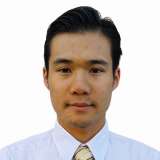 “There are a couple of modules that have all those characteristics, and they’re also changing in other neurodegenerative diseases that have dementia,” said Dr. Timothy Chang, a co-author on the paper. Dr. Chang was a Movement Disorders Fellow in the UCLA Department of Neurology during his work on the project, and as of July 1 will move into the role of Assistant Professor in the department. “We tried to pull out what would be interesting potential targets by looking at the most important genes within those modules,” he explained. The most important genes would be those encoding proteins that interact with many other different proteins, forming a sort of “hub” in the protein network. 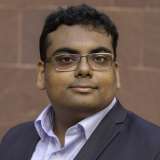 Finding the same proteins consistently associated with one another across so many different groups of patients inspired confidence that the results are real. “Because we tested so many different cohorts and found consistent changes across all of them, that makes it more powerful,” said Dr. Vivek Swarup, one of the paper’s authors, who is now Assistant Professor of Neurobiology at UC Irvine.

By partnering with pharmaceutical companies, it may be possible to repurpose existing drugs to treat Alzheimer’s by targeting these proteins. Plus, the team has set up an online resource detailing all of the protein modules, so that other labs can further validate the findings. For instance, testing the function of some of the key proteins in animal models could reveal how these proteins contribute to Alzheimer’s disease symptoms.

In addition to the UCLA researchers, the team included researchers at Emory University, in Atlanta, Georgia, and Central South University, Changsha, China.