Researchers at UCLA have received a $750,000 grant from the Michael J. Fox Foundation to develop tools that will maximize the value of California Parkinson’s Disease Registry (CPDR). The 18-month project aims to create improvements to the electronic health record (EHR) that make it easier to collect data on Parkinson’s disease (PD) diagnosis and treatment.

“The big picture goal is to combine clinical care of patients affected by Parkinson’s disease with 21st century health IT,” said UCLA neurologist Allan Wu, MD, who is heading up the project. “We can make taking care of PD patients a joy and a relief while supporting epidemiology, quality of care, and research.”

The California Parkinson’s Disease Registry was funded by the state legislature in 2018, and is currently being considered for renewal for 2021.  Parkinson’s disease is the second most common and fastest growing neurodegenerative disorder among the elderly, and can frequently affect younger people as well - actor Michael J. Fox was diagnosed with the disease at age 29, for instance. Still, relatively little is known about the causes and risks of Parkinson’s. By collecting information on the prevalence and distribution of Parkinson’s disease cases throughout the state, the registry is intended to help researchers and clinicians better understand how many patients are affected and help predict whichand where Californians may be at increased risk. 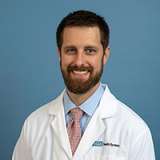 To that end, the project establishes a collaborative effort among primary care physicians, neurologists, and informaticists to develop tools that will meet everyone’s needs. “It’s really nice that this collaboration brings together so many very different perspectives,” said UCLA neurologist Andrew Wilson, MD, a Co-Principal Investigator on the project.

“We’re really trying to add tools to help doctors be better doctors to patients with PD, so that no matter what provider patients go to, everyone’s going to be more PD informed,” Dr. Wilson said. “It’s not just education, but tools to truly make it easy for doctors to consistently provide quality care and to efficiently document that such care was provided.”

Right now, the CPDR is receiving “a firehose of low quality information,” Dr. Wu said. A recent review of the CPDR indicated that up to 20% of the patients in the registry do not actually have Parkinson’s disease. “Sometimes, doctors who are not neurologists code PD just because the patient says they have it,” said Dr. Wu. “And in many cases of PD, there is a large degree of uncertainty about date of diagnosis reported from the EHR to the CPDR.” 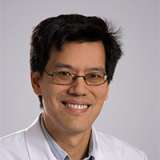 A key step toward improving the registry will be to establish standards for how these diagnoses are reported. “We lack standards that recognize the complexity of neurological disease, symptoms, and progression and its representation in the EHR,” said Dr. Wu. To establish standards, the research team will review data sent to the CPDR and compare it against the discrete data available in the EHR and the patient’s medical record, to determine what standardized information is needed to assure the most accurate diagnosis of PD is being reported and as early in the disease process as possible.

The grant project also seeks to improve the EHR interface by providing enhanced tools to collect key data while making it easier for doctors to take care of patients. An EHR is a digital version of a patient’s medical chart, and at each visit, the doctor enters information about the patient’s history, symptoms, and diagnosis. Some of that information is entered via checkboxes and buttons, but often it is entered as free text or as scanned documents which is not easily accessible to public health registries.  The project will also include opportunities for patients to supplement the information in the EHR through questionnaires. The challenge is to design the EHR in such a way that it’s easy to import valid and discrete data into the registry, such as date of diagnosis or specific clinical features, without disrupting the flow of the clinician’s interaction with the patient.

While the CPDR initially benefits epidemiologists and other Parkinson’s researchers, Dr. Wu emphasizes that the knowledge gained from an accurate registry will improve patient care. By helping doctors understand how an individual patient compares to the statewide average, for instance, the registry can guide patients to the appropriate level of specialty care. “We want to make the CPDR a driver for quality improvement and research for PD patients,” he said.