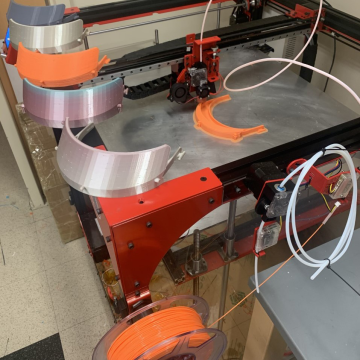 By now, we’ve all heard the dire predictions about hospitals running low on personal protective equipment, or PPE. People working on the front lines of the epidemic need these items, including gloves, goggles, gowns, and face masks, to keep themselves safe from infectious patients, and to reduce the spread of virus between patients.

“One of the first things our lab did, along with many other science labs at UCLA, is to donate our inventory of PPE to the hospital,” said Guido Faas, basic science director of the Goldberg Migraine Program at UCLA.

When Faas and Andrew Charles, MD, Goldberg Migraine Program director, heard about the campus-wide efforts to create 3D printed face shields, they decided to devote their two printers to the cause.

They requested instructions from Doug Daniels, director of the Lux Labs at UCLA Library. Daniels serves as liaison between the volunteers and UCLA Health, to ensure the equipment produced meets hospital standards. The original design came from engineers in Italy, and UCLA’s print club incorporated some improvements, which they submitted to UCLA Health for evaluation.

“Today the UCLA group sent out the design and said, this is it, start printing,” said Faas. The approved design incorporates a 3D printed headpiece with a polycarbonate shield attached. These shields protect the face against splashes of bodily fluids, such as from coughing. Each of the two 3D printers in the Migraine Program lab can print one headpiece in about 3 hours, Faas said. Elsewhere on campus, volunteers cut the polycarbonate sheets using laser cutters, and still others are assembling the two components into usable shields. They are then sent over to UCLA Health as a buffer against shortages. 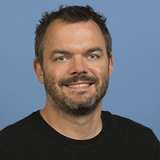 Besides printing as many shield headpieces as he can, Faas is recruiting high schools who have 3D printers to join the effort. “These printers are not super fast, but in LA there’s lots of printers,” he said. “I think most people want to help, but they don’t know what to do.” At this time, UCLA Health has approved only shields that were printed on campus. Still, Faas and others on the team are doing the legwork now to establish a network of available printers, so that production can start immediately, in case of urgent need.

Faas is also working on printing masks, even though those aren’t currently approved for use by UCLA Health. These masks are based on a design distributed by lowellmakes.com, a maker community based in Lowell, Mass, and Faas is working out the kinks to print them on his machines. The hard plastic mask fits over the nose and mouth, with a plastic cap on the front to let in air. Inside, a piece of fabric or HEPA filter can be clamped in to protect the wearer as much as possible. 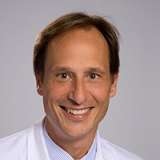 It’s not quite as good as a commercially-produced filter mask, Faas said, but it does provide significant protection. “I don’t know what UCLA Health wants to do with that. They’re always very careful to have things approved and know how safe it is.” If approved equipment becomes scarce enough, 3D printed masks might become an option. “I was just looking at how to put these masks together. I like the engineering and tinkering on that, to see how it works,” he said. “And if they say we can print those, then I’ll already know how to make them.”