Study medication is even better than statins at controlling cholesterol, preventing stroke 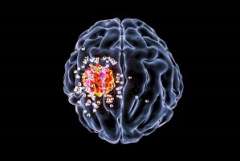 A new class of cholesterol-lowering medication reduces the risk of stroke and heart attack, according to the results of a large nationwide clinical trial. The drugs are called PCSK9 inhibitors, which can amplify the benefits of statins, the most effective cholesterol-lowering medications currently available. PCSK9 inhibitors also protect people who can’t take statins.

“There was good reason to think they could further reduce the risk of stroke and heart attack, but until you do a big trial you never quite know,” said Dr. Jeffrey Saver, MD, professor of neurology and director of the Stroke and Vascular Neurology Program at the David Geffen School of Medicine at UCLA.

The large trial, sponsored by Amgen, Inc., tested a PCSK9 inhibitor in over 27,500 people with atherosclerosis, most of whom had already had a heart attack or stroke. All participants were already taking the maximum dose of statins that they could tolerate, to reduce their cholesterol. The detailed trial results regarding stroke patients and stroke outcomes were published in the May 2020 issue of Stroke.

“The statins, when they came along, were far and away more powerful at lowering cholesterol levels than any other prior drug, they were dramatically effective,” said Dr. Saver. “The statins are very good, but PCSK9 inhibitors are even better.” 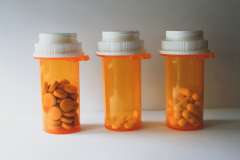 Since they were first introduced in the late 1980s, the class of drugs called statins (e.g., Lipitor) have helped countless people control their cholesterol and prevent strokes and heart attacks. Despite their great success at lowering cholesterol, however, statins do have some side effects, so not everyone can take them. In recent years, the development of PCSK9 inhibitors has shown that cholesterol levels can be pushed even lower.

When added to statin medications, PCSK9 inhibitors further reduced levels of LDL cholesterol in the blood, and decreased the incidence of stroke and heart attack compared with placebo. Stroke is one of the leading causes of death in the United States, and among people who have survived a stroke, risk of a second one remains elevated for at least 5 years. That’s why it is critical to have preventive strategies available for patients at increased risk.

Stroke prevention begins with eating a healthy diet, getting regular exercise, and not smoking. In addition to lifestyle changes, the main pharmacologic preventive strategies until now have been antiplatelet medicines like aspirin to prevent the formation of blood clots; medications to lower blood pressure; and statins to lower cholesterol levels. “Those were the three mainstays,” said Dr. Saver. “Now we have a fourth.” 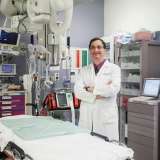 A next trial will focus on at-risk individuals who have not yet had a stroke or heart attack. “These patients have evidence of atherosclerosis affecting brain arteries, coronary arteries, or peripheral arteries, but the atherosclerosis has not yet caused a stroke or heart attack,” said Dr. Saver. “If we can keep people from having their first stroke, that’s even better than keeping them from having their second stroke.”

Dr. Saver will be providing stroke expert leadership for the upcoming study as well.