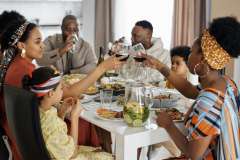 Sitting at dinner with family or friends, we can recount not only what we did during the day, but in what order events occurred. Remembering what happened first and how events are linked in time is critical for making sense of our lives.

But how do we remember the order in which events have occurred and the timing between them?

A UCLA Health-led study has shown that in mice, certain brain cells process important external cues while others track the timing between them. The paper, published September 18 in the journal Neuron, shows that these two types of representations have striking differences.

Applied to humans, the findings of the study may help understand disorders, including schizophrenia, that interfere with the perception of time. 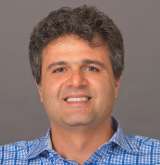 Peyman Golshani, MD, PhD, a neurologist in the David Geffen School of Medicine at UCLA, and members of his lab study how neurons in the hippocampus adapt their activity as we learn to link sensory events separated in time. To model this in mice, the researchers set up a task for the animals. They gave the mice a puff of odorized air, stimulating their odor-sensing neurons. After a 5-second delay, the mice got a second puff: If the smell was different, a reward was presented. If it was the same, no reward.

It took the mice about 5 days to learn to associate the change in odor with the reward. Using a special type of microscopy that doesn’t damage the cells, the researchers could look at neuron activation in real time while the experiment proceeded. “With this method, we can look at the activity of hundreds of neurons simultaneously, and we can track them across many weeks,” says Dr. Golshani.

The imaging revealed two distinct types of neurons. One set of cells responded to the odors, while a second set of cells, referred to as “time cells,” marked the passage of time after the mice sensed the odor. As the seconds passed, the activity passed through a sequence of such neurons, effectively indicating how much time had elapsed since the first odor.

“These cells, one after the other, tell us, ‘I smelled odor A one second ago, two seconds ago, three seconds ago, four seconds ago,’ until the second odor is released to the mouse,” explains Jiannis Taxidis, PhD, assistant project scientist in Dr. Golshani’s lab and lead author on the study. 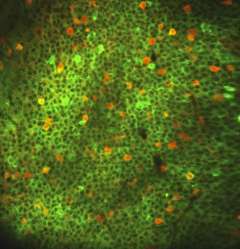 Hundreds of individual neurons in the hippocampus recorded while mice perform the memory task. Each green or red object is a cell.

Also, the number of time cells increased as the mice learned to remember and compare the odor information, their brains recruiting more and more neurons to help with that task.

“How can the circuits of neurons in the hippocampus allow for such stability and flexibility at the same time? There is still a lot to explore,” says Dr. Golshani.