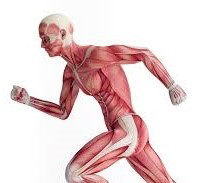 Muscular dystrophies are inherited diseases in which the body’s muscles degenerate. These diseases strike all ages, but are concentrated in the young and are particularly devastating in children.

When I started my lab as an Assistant Professor in the late 1990s, the neuromuscular field was rapidly identifying novel mutations in genes that caused muscular dystrophies. This boom in gene sequencing came shortly after the first technologies allowed us to sequence the human genome.  New mutations were being identified every month and each one was published in a high-profile journal. There was a strong optimism that with the gene identified for each disease, we would soon be able to identify a treatment. The foundation of my lab was based on this approach and was highly successful for 15 years, generating new laboratory models of muscular dystrophy, including the generation of mice that carry these gene mutations, so that we can study how they work and develop new therapies.

We understood at that time that it may be possible to only cure the disease by correcting the gene mutations. We did not know how to correct gene mutations in all of the muscles located throughout the human body, or the mouse body, so we focused on modifying the gene systems or the immune system to help prevent muscle degeneration. One particular area of focus of my research was the immune system’s contribution to Duchenne muscular dystrophy (DMD), one of the most common muscular dystrophies. This foundation of immunology turned out to be fortuitous later on in my career.

Fast forward 20 years and we now had started to develop new tools to modify genes throughout the body. The main technique was to use a modified and safe virus, termed ““AAV”. Around the same time, a new gene-editing approach called CRISPR/Cas9, was invented which could be used easily to modify genes in our DNA and reverse disease mutations. I realized the opportunity to switch the lab focus to CRISPR/Cas9. This was risky because we had to develop new technologies and new research protocols which we did not have in the lab and in which we were not experienced. In 2013, when a talented graduate student, Courtney Young, entered the lab, we committed to making this switch. Courtney was very competent and motivated due to her cousin’s diagnosis of Duchenne muscular dystrophy. We had some early successes. We partnered with another colleague at UCLA, Dr. April Pyle, to develop a CRISPR platform for DMD and this was the start of the change in the lab’s research focus towards gene therapy. Courtney has since graduated with her Ph.D. and is now the CEO of a startup, a new company to come out of our UCLA Labs, founded together with Dr. Pyle.

At the same time, UCLA Neurology was initiating phase I clinical trials in gene therapy for several neuromuscular disorders, including Duchenne, and the potential for human samples presented us with another opportunity. It was becoming clear that the immune system may be limiting a lot of our gene therapies from AAV. Importantly, we were realizing that we needed possibly more than one gene therapy dose—more than one delivery of this virus. With this understanding in mind, I approached one of the companies sponsoring the gene therapy trial with an idea to rigorously test human blood samples during the process of gene therapy, the human immune response to AAV delivery.  The knowledge I had gained from the years of studying immunology in the first part of my lab was foundational for us to make the change in focus on the human immune system’s response to AAV-vectors. Being at UCLA was also advantageous, because of the collaborative environment and proximity of the patient clinic to my laboratory.

What lessons did we learn from this experience? Looking back, I can now appreciate how my past actions enabled my lab to make the transition from studying disease progression and the genes involved, to developing and studying gene therapy approaches. Although I am scientist that studies disease mechanisms in the lab (a “basic” scientist), I always stayed well-informed of advances in the clinical arena and educating myself in immunology certainly paid off. This meant that taking the risk of switching the lab from genetic studies to gene therapy studies was a little more clear on both ends of the risk: staying with what was tried and true versus going off in the new direction. An important piece in the change in my lab was the involvement of a talented and motivated young scientist.  While pivoting a research program is daunting, it can also be crucial to its long-term viability. My conclusion: a scientist or lab with the greatest promise is one that’s comfortable with risk, willing to hear and collaborate with colleagues, and able to pivot in new directions when a new path shows promise.

Dr. Melissa Spencer is a Professor of Neurology and Co-Director of the Center for Duchenne Muscular Dystrophy at UCLA.