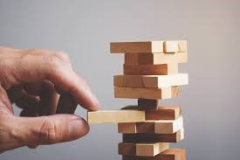 Everyone forgets that Icarus also flew.

Innovation means taking risk. One can always carry on in the same thing, working within the comfortable margins of the job. In Academic Medicine, this might mean maintaining the well-regarded clinic, pursuing the logical next question in the research lab, gearing up to teach in the same way to the graduate students, medical students, residents or fellows. The Comfortable Progression will satisfy an administrative accounting of accomplishment. It will not develop the next break-through therapy for a neurological disease, inspire the next generation of physician or scientist, or pioneer new directions of excellence in clinical care.

Innovation both creates and destroys, and the distribution of gains and losses is often uneven. This means innovation is risky—it requires taking a risk. Risk-taking can be defined as “Undertaking a task in which there is a lack of certainty or a fear of failure.” The problem at the core of risk taking is fear: fear of failure, fear of success, fear of seeming ignorant, fear of seeming too aggressive. Risk-taking risk means confronting fears and yet having the courage to move forward. We will fail as innovators and risk-takers and  in these failures we learn to “fail forward”, learning from the mistake and moving on.

Of course, in Greek Mythology, Icarus did not really “move on”. Daedalus, his inventor-father, cautioned his son to not fly too high near the sun. Icarus lost perspective in the experience, flew too close to the sun and melted his wings of feathers and wax. He fell into the sea (now named for him – the Icarian Sea in the Aegean) and his father, also flying, could not save him. 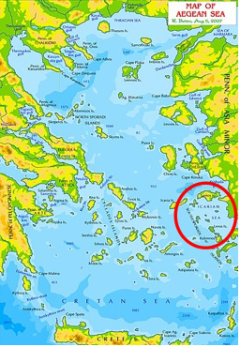 When we take risks, we will fail. We will also innovate. This edition of the Chair’s report has accounts from three faculty on the times in their scientific careers in which they took risks, and what these meant. These stories show us that to innovate means to leave the Comfortable Progression, and this is uncertain. But it will ultimately lead us to unconsidered and wholly new areas.  “These scientists took unconventional or uncertain approaches that have now generated new ideas about human disease – Dr. Voskuhl in the study of how gender is linked to multiple sclerosis, Dr. Spencer in adapting gene-editing to muscular dystrophy, and Dr. Teplow’s recognition that focusing on early-stage Alzheimer’s disease could yield the most benefit.

In assessing risk, we sometimes focus on failure and forget that Icarus also flew, but perhaps even more, we forget that Daedalus kept flying.