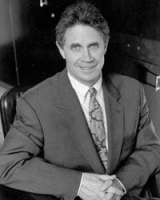 Donald P. Becker, M.D. died on May 1, 2020 in Maidens, Virginia. He was 84 years of age. A native of Cleveland, Ohio, and a Phi Beta Kappa graduate of Williams College, Don received the MD degree from Case Western Reserve University in 1961. He was trained in neurological surgery at University Hospitals of Cleveland and joined the Western Reserve faculty following training.

In 1968, Don moved to UCLA as Assistant Professor and Chief of Neurosurgery at Harbor General Hospital, where he ran a busy clinical service and an active research program. HIs early work in hydrocephalus led to an interest in intracranial pressure dynamics and fundamental studies including use of intracranial pressure monitoring in patients with tumors, vascular disease, and trauma -- foundational work that remains the basis for current treatment.

In 1971, at the age of 36, Don accepted the Chair of Neurological Surgery at the Medical College of Virginia, Virginia Commonwealth University. In 1985, he returned to UCLA as Chief of Neurosurgery and introduced the concept of neurosurgical subspecialization, with recruitment of superior faculty and establishment of NIH supported programs in each of the major subspecialty areas. Don also served as Director of the UCLA Brain Tumor Program (1998 – 2005), and then as Senior Associate Dean until his retirement in 2008.

Among his leadership roles, Don was President of the Neurosurgical Society of America and a Director of the American Board of Neurological Surgery. Honors included the Fitts Award from the American Association for the Surgery of Trauma (1985), the Grass Prize and Medal from the Society of Neurological Surgeons (1986), the William Caveness Award from the National Head Injury Foundation (1988), the Distinguished Service Award from the National Neurotrauma Society (2003), Legend of the Los Angeles Biomedical Research Institute at Harbor-UCLA Medical Center (2007), and the Cloward Award from the Western Neurosurgical Society (2016).

Don was a model surgeon-scientist and educator, and the quality and success of his trainees are a substantial part of his legacy. To memorialize this legacy, the Donald P. Becker Endowed Chair was established at UCLA in 2019 by a group of those trainees along with his longtime colleagues and benefactors.

Don loved horses, skiing and golf. He was a member of multiple organizations where he was beloved, among them the Deep Run Hunt Club, the Rancheros Visitadores and the Charlie Russell Riders. His loss is deeply felt. 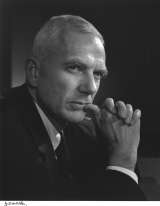 Walter Eugene Stern, or “Gene,” died on July 27, 2017, at age 97. He was a superb academic neurosurgeon, who represented our field with distinction and was respected by all who came in contact with him. I knew Gene and his program at UCLA quite well as I was successfully recruited by him twice.

He served a full term on the editorial board of the Journal of Neurosurgery (JNS), the last year of 10 as chairman of the editorial board. At that time, there was no JNS: Spine or JNS: Pediatrics or Neurosurgical Focus, all articles being inclusive in one journal. That was fine with him as he championed general complete neurosurgery, and he believed in training residents so they could go on to practice every area in neurosurgery. Subspecialization was okay for individual faculty members if they chose to focus their talents. In those days the editorial board was smaller than it is today, and Gene reviewed more than 200 manuscripts per year. After he retired, he came to agree with the American Board of Neurological Surgery that subspecialization was all right in post–residency fellowships.

Gene also was on the American Board of Neurological Surgery, becoming vice-chair. This group administers the exams, oral and written, for certification and plus it has many other responsibilities. Gene loved doing this and took great pride in his role.

Although a somewhat reluctant neuro-politician, he rose to the presidency of The Society of Neurological Surgeons in 1976–1977 and received their distinguished service award. He became president of the American Association of Neurological Surgeons (AANS), the parent of the JNS and its other journals, from 1978 to 1980. He was in fact president of all the societies of significance to surgery and neurosurgery in Southern California, including the LA Surgical, the Southern California Neurosurgical, and the Western Neurosurgical societies. He had officership in The American College of Surgeons and The American Surgical Association.

Gene went to medical school and trained at Berkeley under Howard C. Naffziger, who had worked with Harvey Cushing and was invited to go to Boston by Cushing but instead went to Berkeley. He served a term as president of The American College of Surgeons. Gene married Naffziger’s youngest daughter, Elizabeth. He completed residency training in December 1951 after a break of 2 years to serve in the US Army Medical Corps.

Gene had a special fellowship at the University Laboratory of Physiology in Oxford, England, and also trained at the National Hospital, Queens Square, London. He held a national research special fellowship in medical science at Johns Hopkins and worked under A. Earl Walker during part of that time. He was known as an anglophile during his career.

In the Autumn of 1951, he was offered faculty positions at Berkeley and the new second University of California medical school in Los Angeles at UCLA. He accepted William P. Longmire’s offer and joined the young UCLA medical school faculty in January 1952, 4 months after the first medical students began classes. The UCLA Hospital and Medical Center had just begun to be built, and would not open until 1955. Initially, clinical neurosurgery was performed at the Wadsworth Veterans Administration Hospital and the Harbor General County Hospital with a small number of private patients operated on at the private St. John’s Hospital. The residency program began under Eugene Stern’s direction in 1959. By then, Gene had climbed the rigorous academic ladder and was now a full professor, having begun as an assistant professor in 1952. He was chairman of the department of surgery from 1982 to 1987.

Throughout his career, Gene’s greatest love and passion was reserved for his residency program and the residents, whom he treated like extended family. His teaching was superb. It was a marvel to participate in Saturdays, which began with a 1.5-hour teaching conference led by Gene, followed by a meeting of faculty and residents in his office, where the residents presented in depth the operative cases coming up that week; then lunch followed by teaching rounds, where Gene saw every hospital inpatient with the residents and did a general and neurological examination on them, demonstrating the principles of those examinations and developing a doctor-patient bond. It is no wonder that the residency at UCLA was ranked as one of the best in the country.

The best way to learn of his high moral integrity, magnificence as a role model, and unique philosophy of developing and maintaining a teaching/training program is to watch the almost 1.5-hour interview conducted by Ulrich Batzdorf, a former resident and faculty member of his, that was filmed in the early 1990s at an AANS annual meeting; it can be seen via Google or Facebook.

Gene had over 100 publications, many quite outstanding, and most on clinical subjects. He was especially articulate, and he was recognized by multiple visiting professorships at home and abroad. He was an honorary member of the Society of British Neurological Surgeons. At UCLA, he was active in the academic senate and campus-wide committee work. In 1991 he became president of the UCLA Emeriti Association.

At the time of his retirement, he was heavily urged to stay on part-time to teach because he was the most effective teacher many had known. He refused and spent his remaining years with friends, many abroad.

Gene was a special person, who will be sorely missed by many, especially neurological surgeons. 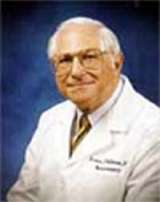 Avner was a true renaissance man, exquisitely literate with a prodigious memory for Shakespeare and other poets as well as possessing quintessential medical skills that he applied as an accomplished neurosurgeon.

Dr. Feldman was born on March 9, 1927 to Lillian and Joseph Ochs Feldman in Brooklyn, New York. As a child he was a swift runner, but was stopped in his tracks at age 13 by contracting poliomyelitis. The year he spent at the West Haverstraw Medical Facility for his polio affliction sparked a lifelong interest in medicine and helping others. He went on to graduate Stuyvesant High School at age 16 with honors and completed his Bachelor of Science at New York University at age 19. He attended the State University College of Medicine at New York City graduating at age 23.

In 1949, he was inducted into Alpha Omega Alpha, the National Medical Honor Society, and was the recipient of the William S. Linder Surgical Prize. In 1951, he became a Diplomat by the National Board of Medical Examiners and was ultimately a Fellow in the American Society of Neurological Surgeons.

Dr. Feldman served his country in the US Air Force during the Korean War as a staff neurosurgeon in Wiesbaden, Germany from May 1953 until his honorable discharge as a Captain in May 1955. He was married to Rujean B. Feldman who gave birth to Sheri Gwyn in Germany on Dr. Feldman's 28th birthday. Upon his return to the United States, he completed his residency with his brilliant mentor, Dr. Leo Davidoff, who invited Dr. Feldman to join him in his private practice. Although deeply touched, Dr. Feldman declined because he "did not want to live in the shadow of a great man." He subsequently moved to Los Angeles where his son David was born. In 1960, he received Board Certification form the American Board of Neurological Surgery. For most of his prodigious career, he enjoyed a wonderful partnership with neurosurgeons Dr. Leslie Geiger and Dr. Fred Edelman in Inglewood, California serving both Daniel Freeman and Centinela hospitals.

In November 1973, he was introduced to Dr. Helene West, then Principal of Horace Mann Elementary/Middle School in Beverly Hills. They were married in 1975 in Copenhagen, Denmark and lived in Beverly Hills for 32 years. After his wife became a clinical psychologist, Avner received the "Outstanding Contribution to Psychology by a Non Psychologist" [award] from the California Psychological Association for his writings and State Senate testimony on behalf of prescriptive authority for psychologists in 1998.

In January 1994, Avner became an Associate Clinical Professor in Neurosurgery and Director of Clinical Education at the David Geffen School of Medicine at UCLA. In 2003, he was awarded the "Gold Medal Teacher of the Year" in Neurosurgery. He was called a true gem and an excellent resource for the residents. . . ". In 2007, Avner was presented with the 'Career Teaching Award' by the Residents, Faculty, and Staff of the Department of Neurosurgery, David Geffen School of Medicine at UCLA for his tireless dedication, generosity, and outstanding contributions to the education of residents.

He is survived by his wife of 32 years, Dr. Helene West Feldman, his daughter, Dr. Sheri Feldman Ungar, his son David B. Feldman, esq., his son-in-law Ken Ungar and his twin granddaughters, Jamie and Lea.