The 2022 speaker was Jonathan Hiatt, MD, Emeritus Professor of Surgery in the David Geffen School of Medicine at UCLA.

Dr. Jonathan Hiatt received his medical degree from Keck School of Medicine of USC and practiced general surgery for 30 years. He served in a full time administrative position as vice dean for faculty at the David Geffen School of Medicine at UCLA until his retirement from that position in 2021. 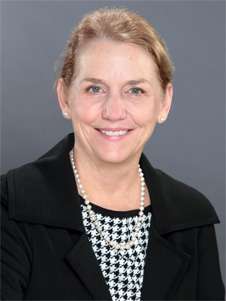 Dr. Bass is a surgical oncologist and has led a funded laboratory program in gastrointestinal epithelial injury and repair. She is the Immediate Past President of the American College of Surgeons. She has held leadership roles in surgical quality initiatives nationally - in the Veteran Affairs Health Care System and at the American College of Surgeons. A recognized leader in surgical education, Dr. Bass completed a 7-year term as a Director and Chair of the American Board of Surgery. Dr. Bass is past president for the Society for Surgery of the Alimentary Tract. She is a graduate of Tufts University and the University of Virginia School of Medicine and completed general surgery training at George Washington University Hospital. She completed a fellowship in gastrointestinal physiology at the Walter Reed Army Institute of Research, while serving as a Captain in the U.S. Army Medical Corps.

Her keynote talk is entitled, “The personal perils of a surgical career:  caring for your colleagues and yourself.”

Dr. Ronald W. Busuttil is Distinguished Professor and Executive Chairman of the UCLA Department of Surgery and serves as founding Chief of the Division of Liver and Pancreas Transplantation. Dr. Busuttil earned his M.D. and Ph.D. degrees at Tulane University. He completed surgical residency training at UCLA under the leadership of Dr. William Longmire and trained in transplantation with Dr. Thomas Starzl at the University of Pittsburgh. In 1984, he founded the Liver Transplant Program and has been the Director and Chief Surgeon for 28 years. It is one of the largest liver transplant centers in the world. Clinical activities encompass the entire spectrum of liver transplantation and hepatobiliary surgery. Dr. Busuttil and his team have performed over 5200 liver transplants, and he is internationally recognized for his expertise in transplantation and liver surgery. 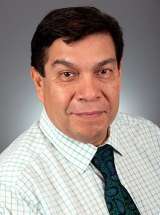 Dr L.D. Britt. was the 2015 Longmire Visiting Professor. Dr. Britt has had a long and distinguished career and is currently serving as the Henry Ford Professor and Edward J. Brickhouse Chairman of Surgery at the Eastern Virginia Medical School. He is a past-President of the American College of Surgeons and the Southern Surgical Association, and has served on the boards of multiple surgical and research groups. His awards include the prestigious Distinguished Service Medal from the Uniformed Services Universities of Health Science.