Andrea Cracchiolo III, M.D. and Edward O. Leventen, M.D. have impacted the lives of countless patients and trainees through their commitment to advancing the field of orthopaedic surgery and mentoring the next generation of foot and ankle specialists. In honor of their distinguished careers, the Andrea Cracchiolo III, M.D. and Edward O. Leventen, M.D. Resident Research Award in Orthopaedic Surgery will fund an award to an outstanding orthopaedic resident who is determined to have the best basic science or clinical research paper by a Departmental committee. Your philanthropic support will pay tribute to Drs. Cracchiolo and Leventen, while also fostering the educational and research pursuits of orthopaedic residents at UCLA. 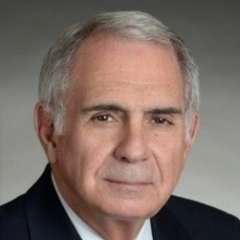 Andy Cracchiolo’s association with the Department of Orthopaedic Surgery spans over 5 decades. During his surgical training, he studied in England as a traveling fellow. In the 1970s, his research related to total knee arthroplasty led to the design of new implants. In the late 1970s Andy changed his emphasis to foot and ankle surgery and founded the foot and ankle fellowship. He was an active member of the American Orthopaedic Foot and Ankle Society, serving as President 1987-1988.

He joined the UCLA Division of Orthopaedic Surgery in 1970. He was promoted to Professor in 1982, and became Emeritus in 2008. Because of his expertise in the area of foot and ankle surgery he was highly sought after as a national and international lecturer. Dr. Cracchiolo authored or co-authored 91 refereed journal articles, published 47 books or monographs and presented over 360 invited lectures. He remained a steadfast supporter of the department and was successful in acquiring travel and research grants for the residents and junior faculty. He was admired by his foot and ankle fellows as a masterful surgeon and clinician. 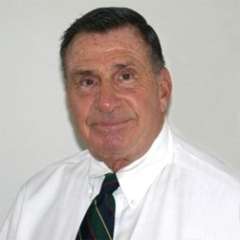 Ed Leventen was an Assistant Clinical Professor of Orthopaedic Surgery at UCLA for over 40 years. After his surgical training in New York, he joined the staff at the Southern California Permanente Medical Group in Panorama City, California. He developed a special interest in surgery of the foot and ankle, and devised multiple innovative operative procedures. He and Gerald Austin are credited with the original report (1981) of Chevron osteotomy, which is still the most commonly performed bunionectomy in the United States.

He joined Andy Cracchiolo, John R. Sellman, and Erwin Bliss in staffing the foot and ankle clinic at UCLA where patients with complex problems were evaluated. This was a valuable resident educational experience, which evolved into the UCLA Orthopaedic Foot and Ankle Fellowship program, co-directed by Dr. Leventen. He was universally admired by fellows, residents, and staff. His busy surgical practice in Panorama City was an excellent learning environment, preparing young surgeons for successful academic and clinical practices.

For any questions or to obtain instructions for gifts of securities, wire transfer, etc. please contact Jennifer Brown at [email protected] or (310) 824-3096.

If you do not wish to receive further fundraising information from UCLA Health Sciences, please either call us at (855) 364-6945 or email us at [email protected] providing your name, address, phone number, email, and from which department you're requesting to be removed. Should this fund reach the campus minimum required for the establishment of an endowment or quasi-endowment, The UCLA Foundation reserves the right to convert this fund to an endowment or quasi-endowment. Please review UCLA and The UCLA Foundation’s Disclosure Statements for Prospective Donors and learn more about how The UCLA Foundation invests and manages its endowments at www.uclafoundation.org/disclosures.