Our surgeons use a comprehensive range of advanced surgical techniques to care for you. Call 310-794-7788 to learn more about colorectal surgery at UCLA Health.

Tommy Chong has had many identities in his decades-long career: comedian (he’s half of the Grammy Award-winning comedy duo Cheech & Chong), actor, musician, cannabis activist and “Dancing with the Stars” contestant. 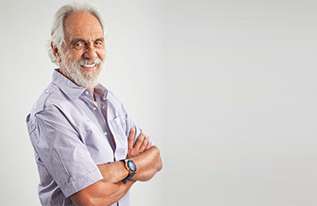 Under the care of Kevork Kazanjian, MD, chief of Colorectal Surgery at UCLA, Chong was recently treated for colorectal cancer at the UCLA Colorectal Cancer Treatment Program at the Ronald Reagan UCLA Medical Center. In honor of National Cancer Survivors Day on June 5, Chong talked to us about fighting cancer with humor, attitude and a great medical team. 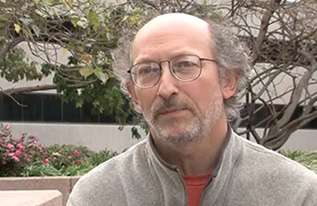 Robert Greenwald was told after a routine colonoscopy that he had a suspicious polyp that was a little bigger than a quarter in a hard-to-reach place that was going to require major surgery to remove – even though it wasn’t certain if the polyp was cancerous or not. Greenwald, age 58, who has no history of colon cancer in his family, thought that removing a section of his colon containing the polyp sounded drastic. Especially since only 15 percent of all polyps turn out to be malignant, according to UCLA experts. He looked for an alternative and found that a UCLA team of surgeons and gastroenterologists have been performing a new minimally-invasive procedure to remove large polyps in hard-to-reach places while keeping the colon intact. The procedure, called CELS, combines two minimally invasive techniques – endoscopy and laparoscopic surgery.