A new study in fish shows how air pollution can damage brain cells, potentially contributing to diseases like Parkinson’s disease. The paper, published online April 16 in Toxicological Sciences, shows that chemicals in diesel exhaust hinder the ability of neurons to break down old proteins, leading to toxic buildup in the brain, similar to that observed in people with Parkinson’s disease.

Earlier studies have revealed that people living in areas with a lot of traffic-related air pollution tend to have higher rates of Parkinson’s disease. To understand what pollutants do to the brain, UCLA researchers led by neurologist Dr. Jeff Bronstein tested the effect of diesel exhaust on zebrafish.

“It’s really important to be able to demonstrate whether or not air pollution is actually the thing that’s causing the effect,” said Bronstein, “or is it something else in urban environments?” Testing the chemicals on animals, he said, lets researchers tease out whether air pollution components affect brain cells in a way that could increase the risk of Parkinson’s disease. 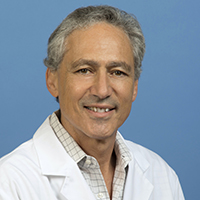 Though very different from humans, zebrafish work well for studying molecular changes in the brain. “Their neuronal pathways are similar to those found in humans,” said Dr. Lisa Barnhill, a postdoctoral fellow in Bronstein’s lab, and the study’s first author. Also, the fish are transparent, so scientists can look at their brain cells without killing the animals.

Barnhill first added certain chemicals found in diesel exhaust to the water with the zebrafish. These chemicals caused a change in the animals’ behavior, and the researchers confirmed that neurons were dying off in the exposed fish.

“The more interesting question was, why was this happening?” Barnhill said. The lab investigated several possible pathways of action that are known to be related to Parkinson’s disease.

In humans, Parkinson’s disease is associated with the toxic accumulation of protein in the brain. One way this protein can build up is by disrupting a process called “autophagy.” Autophagy refers to cells’ ability to degrade old or damaged proteins. The cell engulfs the garbage proteins in a sac, or “vesicle,” to be chopped up and reused.

A healthy brain continuously makes and disposes of the proteins it needs for communication between neurons. If autophagy gets disrupted, the cells keep making new proteins, but old ones never get cleared away. In Parkinson’s disease, the proteins pile up in clumps in and around neurons. These clumps, called Lewy bodies, interfere with the proper functioning of the brain and can cause various symptoms, such as tremors and muscle rigidity.

The researchers engineered the zebrafish to produce green fluorescent protein in their neurons. Using images like this one, they could count neurons in regions of the brain called the telencephalon and the diencephalon.

The researchers looked in the zebrafish neurons for the telltale signs of autophagy using fluorescent tags. “We can actually watch the vesicles move along, and appear and disappear,” said Bronstein. After diesel exposure, they saw that autophagy was significantly reduced. To confirm that the loss of autophagy was responsible for neuron death, they treated the fish with a drug that boosts autophagy, and found that it did counteract the diesel-induced cell death. Finally, to confirm that diesel could have the same effect on people, the researchers replicated the experiment using cultured human cells. Diesel extract hampered autophagy in those, too.

“Overall, this is really the first report that comes up with a plausible mechanism of why air pollution may increase the risk of Parkinson’s disease,” Bronstein said.