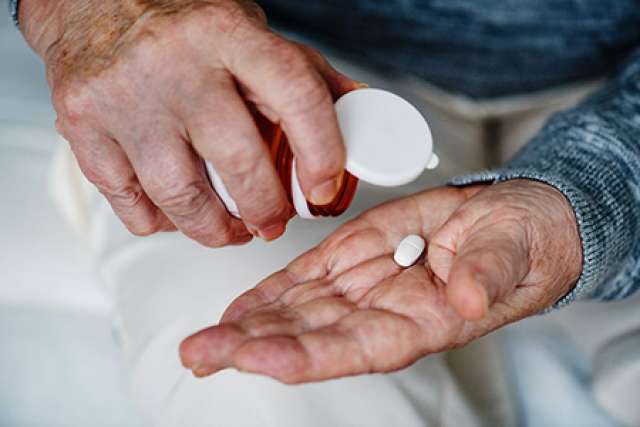 One in eight older adults was prescribed proton pump inhibitor drugs, which are used to treat gastric ulcers or to prevent gastrointestinal bleeding in those taking blood thinners. About 36 percent of those prescriptions were potentially unnecessary, a study found, primarily because people took them far longer than the often-recommended eight weeks.

Older Americans frequently receive low-value care, which is care that has no net benefit to the individual and has the potential to harm them. Low-value care contributes significantly to higher health costs. Most people are unaware of the potential toxicity of proton pump inhibitor drugs — which include Prilosec, Prevacid and Nexium among other brand names — and older adults are especially vulnerable to complications from them, such as gastrointestinal infections.

Scientists identified 69,000 individuals age 65 and older who were receiving primary care at a large health system in 2018. Of those, 8,700 were prescribed the inhibitors. The scientists reviewed a random sample of charts for 399 patients prescribed the drugs to determine which ones did or did not have conditions calling for their use. For example, a patient with heartburn would typically stop taking or begin to wean off the inhibitors after eight weeks, whereas those taking blood thinners would need to take the drugs indefinitely.

The findings may not apply to health systems other than the one involved in the study. And it is possible that patients had other, undocumented conditions necessitating the use of proton pump inhibitors.

"Most proton pump inhibitor prescriptions began appropriately but became unnecessary because they were prescribed far longer than needed, suggesting that electronic health records can automatically default low-value prescriptions to remain short term," said lead author Dr. John Mafi, assistant professor of medicine, division of general internal medicine and health services research, at the David Geffen School of Medicine at UCLA. He recommended that patients speak with their doctor about whether their proton pump inhibitor prescription is medically necessary, and suggested that other health systems take action to measure and eliminate harmful, low-value care more broadly.

Other authors include Dr. Folasade May, Dr. Katherine Kahn, Dr. Michelle Chong, Edgar Corona, Dr. Liu Yang, Dr. Eric Esrailian and Dr. Catherine Sarkisian of UCLA; and Cheryl Damberg of Rand Corp. May and Sarkisian also have appointments with the VA Greater Los Angeles Healthcare System, and Mafi and Kahn are also Rand researchers. The complete list of authors may be found in the journal article.

The study is published in the Journal of the American Geriatrics Society.

Funding this study are the Robert Wood Johnson Foundation through a subcontract with the Kaiser Permanente Washington Health Research Institute; and the National Institutes of Health/National Center for Advancing Translational Science Institute.