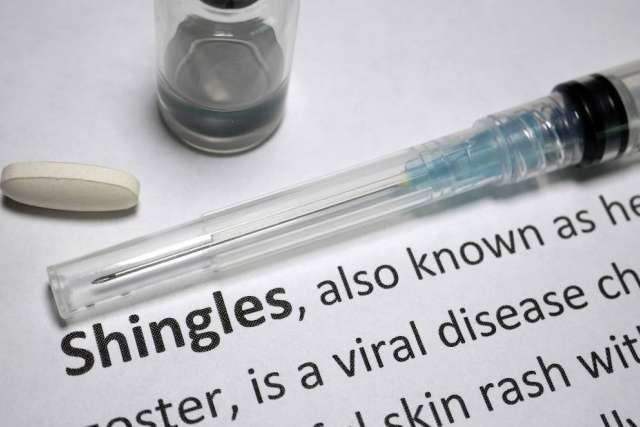 If you had chickenpox as a kid — and 99% of people born before 1980 did — you could develop shingles at some point during your life.

Those who aren’t familiar with shingles, also called herpes zoster, may dismiss it as a short-lived rash or assume the condition only affects older people. But the truth is that shingles affects one in three adults, making it especially important to get the facts straight.

Here are five common myths about shingles — and what you really need to know:

Shingles is more than a rash

It’s true — the telltale sign of shingles is a blistering rash. But it’s the pain that stands out to most people who’ve had the virus.

Pain from shingles can begin two to four days before the rash appears. And it can continue long after the three to five weeks it takes for the rash to heal. For some people, the pain is mild. For others, the slightest touch or movement brings burning, shooting pain. About 10% of people with shingles will develop intense nerve pain, called postherpetic neuralgia (PHN), that lasts for months or even years.

Other symptoms of shingles may include:

Blisters on the face or near the eye can cause serious issues, including lasting eye damage. Although rare, shingles can lead to blindness, hearing loss, temporary facial paralysis or, in very rare cases, inflammation of the brain (encephalitis).

Shingles is caused by the same virus as chickenpox (called varicella-zoster virus), but they are not the same illness. Chickenpox is a milder illness than shingles and tends to affect children.

Once you’ve had chickenpox, the virus lives dormant in your body’s nerve cells before reemerging years later as shingles. It typically reactivates when the immune system is weakened — from normal aging, illness or certain medications. Most people only have one episode of shingles during their lifetime, but it’s possible to have it more than once.

If you never had chickenpox, and have never been vaccinated against it, you can’t get shingles. However, you can get chickenpox from someone with an active shingles infection.

The risk of developing shingles does increase with age but anyone who has had chickenpox can develop shingles at any time — even children and younger adults. The good news is that the chickenpox vaccine (varicella), which is now typically administered in childhood, helps prevent chickenpox. And while some people who receive the vaccine will get shingles later on, it's much less common compared with a chickenpox infection.

More good news is that the chickenpox vaccine (varicella), which is now typically administered in childhood, helps prevent chickenpox and does not substantially increase the risk for shingles.

The biggest risk for shingles is a weakened immune system. Your immune system naturally weakens with age but can also be compromised because of an HIV or AIDS infection, cancer, or certain medications, such as organ transplant drugs.

Shingles virus can be contagious

If you come into close contact with someone who has shingles, you won’t catch shingles. But fluid from a shingles blister can spread the varicella-zoster virus, causing chickenpox in people who have not had the virus or vaccination.

The risk of spreading the varicella-zoster virus from shingles is low if the rash is kept covered. But experts recommend that people with shingles avoid pregnant women who never had chickenpox or the vaccine, unvaccinated infants and anyone with weakened immunity.

One million Americans get shingles every year. But it is rare to get shingles in childhood and becomes more common after age 50. Once you pass age 85, your 33% chance of developing shingles increases — about half of all people who live to 85 will experience shingles during their lifetime.

The chickenpox vaccine became available in the United States in 1995 for children age 12 months and older. Research shows that immunized children have a 78% lower risk of developing shingles. Considering that information, experts are hopeful that shingles will become rarer in time.

For more information about the shingles vaccination, reach out to your primary care physician.