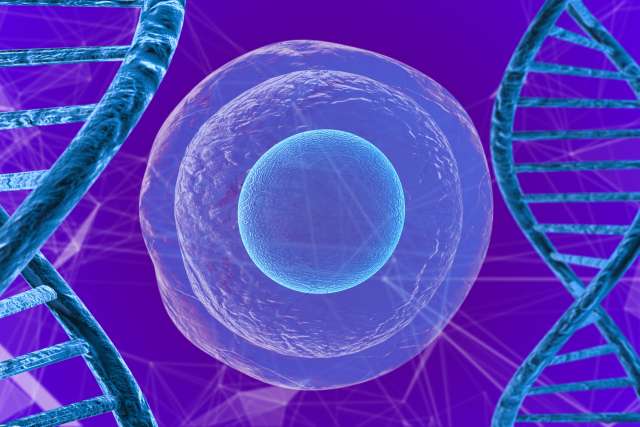 A new study in mice finds that a gene therapy developed by a UCLA researcher appears to correct a rare creatine deficiency disorder that commonly results in intellectual disabilities, problems with speech, involuntary movements and recurrent seizures. The treatment potentially could represent an improvement upon available therapy for the inheritable disorder, known as guanidinoacetate methyltransferase deficiency (GAMT).

Researchers found their gene therapy approach increased creatine in treated mice to normal levels and reduced toxic levels of guanidinoacetic acid (GAA), which is implicated in the pathology of the disease.

Creatine plays an important role in regulating the body’s energy, particularly in muscle and the brain. GAMT is one of several creatine deficiency disorders, and it occurs in an estimated 1 in 114,000 to 1 in 250,000 live births. The only therapy now available for GAMT patients is a dietary treatment of high-dose creatine, which frequently has limited effectiveness and leaves some patients at risk of recurrent seizures and other symptoms.

The researchers altered a gene therapy viral vector system to carry a normal copy of GAMT, which was administered intravenously to mice genetically modified to have GAMT deficiency. Researchers studied the mice for one year to understand how the therapy altered their biochemistry, brain metabolism and behavior.

Creatine levels and GAA levels were normalized in the blood of treated mice within 30 days. Testing during the study period found the mice had normal creatine levels in the tissues and organs studied by the researchers. GAA levels were normal in all but the kidney and brain, though GAA in the brain was reduced by approximately 60%. Behavioral testing found brain function in the treated mice was normalized compared to untreated mice. Brain metabolism was also normalized, which was not found with the currently available diet-based therapy when examined in mice.

“What we’ve been able to demonstrate is that adult mice treated with this therapy now have normal cognitive activity, which was abnormal before the gene therapy,” said the corresponding author of the study, Gerald S. Lipshutz, MD, of the UCLA Department of Surgery and the Intellectual and Developmental Disabilities Research Center at the Jane and Terry Semel Institute for Neuroscience and Human Behavior at UCLA. “While the human brain and learning is more complex than that of the mouse, we would hope that permanently lowering GAA toxin levels in the brain will lead to correction of cognitive and behavioral abnormalities for human patients.”

The researchers plan to further refine their gene therapy approach with the goal of a lower dose for effective treatment, which could translate to greater safety for afflicted patients.

The study is published in Molecular Therapy: Methods & Clinical Development.