A chemistry test for public safety 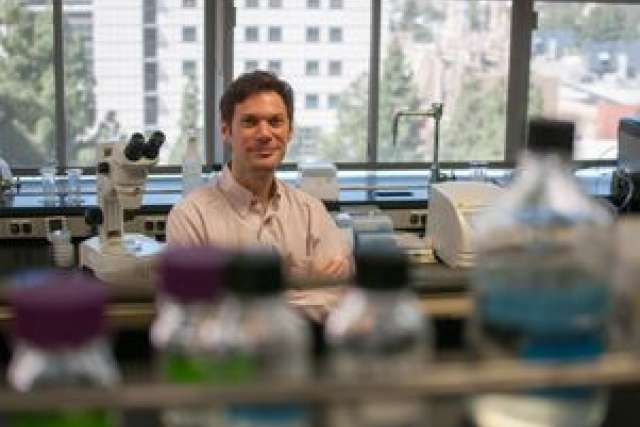 An estimated 80,000 chemical substances currently find their way into our environment through industrial and agricultural waste, as well as through food additives, pesticides, pharmaceuticals and personal care products. But even as companies continue to produce new chemical compounds at a rapid clip, toxicologists and state and federal regulators agree that conventional approaches to testing chemical safety have significant limitations.

“When we say chemicals in the environment are safe, that’s only within the context of what has been studied,” said Patrick Allard, assistant professor in the  Department of Environmental Health Sciences in the UCLA Fielding School of Public Health. "But what has been studied is only the tip of the iceberg — there is still a great deal of uncertainty.”

For one thing, he explained, in the United States approximately 60,000 chemicals were grandfathered in, exempting them from U.S. Environmental Protection Agency (EPA) testing by the Toxic Substances Control Act of 1976. Moreover, Allard noted, while chemical companies are now required to test new compounds before introducing them into the environment, the limits of the old toxicology testing tools leave many unanswered questions about their safety.

“The tests that currently exist can accurately determine whether chemical compounds have the potential to cause genetic damage or cancer,” Allard said. “But when it comes to determining the effects on more complex concerns like reproduction and aging, this is where the technology lags. The current tests are time-consuming, expensive, and involve the use of many rodents and other vertebrate animals at a time when some are rethinking the current approach to animal testing. What we need are tests that do not require such animals, are inexpensive, and will give us quick and accurate answers about the safety of what we are about to release into the environment.”

By applying state-of-the-art automated technologies from genetics and other biological fields to issues of toxicity, particularly pertaining to reproduction, Allard and his Fielding school laboratory colleagues have developed an approach to chemical toxicology testing that addresses the key shortcomings of the conventional methods. Allard’s approach uses C. elegans — tiny worms that have been used as model organisms for research in genetics and developmental biology, both because they share many reproductive processes with humans and because they reproduce rapidly. In a 2013 study with researchers at the EPA, Allard applied his method to the screening of pesticides and showed that using C. elegans for toxicity screens resulted in high rates of accuracy for predicting the reproductive toxicity of chemical compounds in mammals.

“With this approach we can now simultaneously screen hundreds of compounds for their toxicity to the reproductive process, which can help to prioritize the chemicals that need further analysis,” Allard said. “Beyond that, once we find compounds that are repro-toxic, we can look further into the stages of reproduction that are affected, and how they are affected.”

Allard has applied the new approach to the study of bisphenol A (BPA), a compound found in items such as polycarbonate bottles, soda cans and cash register receipts, and bisphenol S (BPS), a very similar compound that is increasingly used as a replacement in “BPA-free” products because of concerns about BPA’s toxicity. Allard and others have previously shown that BPA alters processes important for reproduction, but little is known about the toxicity of BPS.

With one of his Ph.D. students, Yichang Chen, Allard has found BPS to be as repro-toxic as BPA in C. elegans — although the toxic effect occurs through different genetic mechanisms.

Allard explained that the tools he has developed are not intended for his lab alone. “Our goal is to create technologies that will assist government and the chemical industry and improve the public’s health,” he said. “With these types of studies, we hope to show that an alternative model such as ours is worth the investment.”

For the work that he and his team have done on preventing adverse health effects from environmental exposure, Allard recently received a 2015 Innovation in Regulatory Science Award from the Burroughs Wellcome Fund, an independent private foundation dedicated to advancing the biomedical sciences by supporting research and other scientific and educational activities. Allard also received the 2015 International ToxScholar Grant from the Society of Toxicology.

This story appears in the 2015 spring/summer issue of UCLA Public Health Magazine.