A surgeon's birthday may be a dicey day for older patients 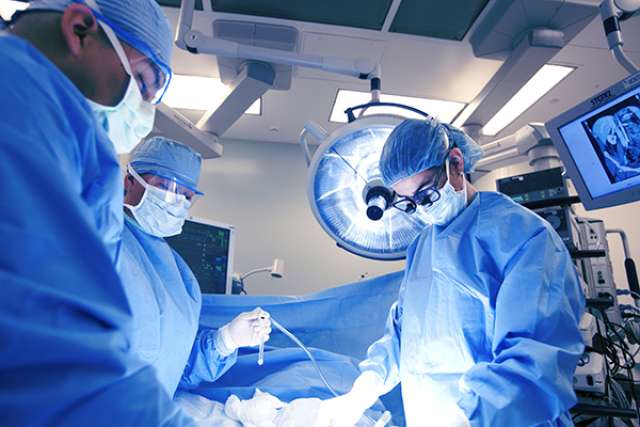 While the authors suspect that surgeons may be more distracted on their birthdays than other days, they said more research is needed to explain the bump in 30-day mortality.

Older people who undergo emergency surgeries on their operating surgeon's birthday may be more likely to die within a month than patients who go through similar procedures on other days, a new UCLA-led study suggests.

The study, published today in the peer-reviewed medical journal BMJ, shows that 30-day mortality rates are approximately 23% higher for patients 65 and older who are treated on a surgeon's birthday. While the authors suspect that surgeons may be more distracted on their birthdays than other days, they said more research is needed to explain why this may happen.

There have long been questions about how the work environment impacts a surgeon's performance, said the study's senior author, Dr. Yusuke Tsugawa, an assistant professor of medicine in the division of general internal medicine and health services research at the David Geffen School of Medicine at UCLA. But relevant data has been difficult to collect, so the researchers narrowed their focus to surgeons' birthdays in order to begin exploring this question.

"Our study is the first to show the association between a surgeon's birthday and patient mortality, but further research is needed before we make a conclusion that birthdays indeed have a meaningful impact on surgeons' performance," Tsugawa said. "At this point, given that evidence is still limited, I don't think patients need to avoid a surgical procedure on the surgeon's birthday."

The researchers measured postoperative 30-day mortality for Medicare beneficiaries between the ages of 65 and 99 who underwent one of 17 emergency surgical procedures from 2011 to 2014. They analyzed nearly 981,000 surgeries performed by approximately 48,000 surgeons. Of those, 2,064 procedures, or 0.2 %, were performed on the surgeons' birthdays.

The researchers adjusted for patient characteristics and the surgeon who performed the procedure, effectively comparing their performance on their birthday with other days. They found a 6.9% mortality rate among patients who underwent surgeries on surgeons' birthdays, compared with a 5.6% rate among those whose underwent procedures on other days. This gap represents a 23% difference in mortality rates between the two groups.

The researchers note that there are some limitations to their findings. For instance, they were unable to understand the precise mechanisms that led to higher mortality among the patients in question and so could not evaluate the causal link between surgeons' birthdays and patient deaths. In addition, they focused on elderly patients who underwent one of the common emergency procedures, so these findings may not apply to younger people or to elective procedures.

In addition to Tsugawa, who is also an assistant professor of health policy and management at the UCLA Fielding School of Public Health, study co-authors were Hirotaka Kato of UCLA and Keio University in Japan, and Anupam Jena of Harvard Medical School.

Kato was funded by a grant from the Japan Society for the Promotion of Science, and Jena was funded by the National Institutes of Health.