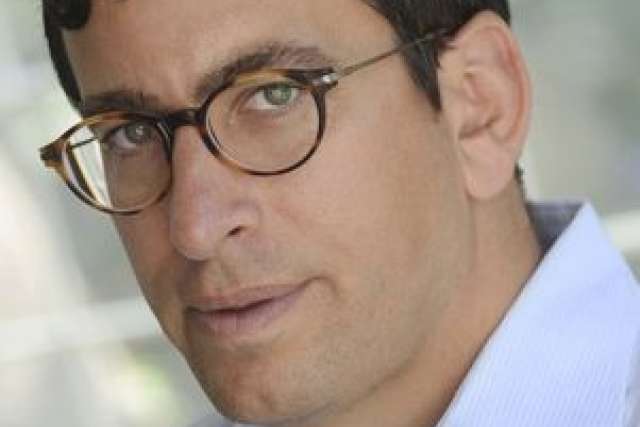 Pembrolizumab, a drug that has already been proven to extend the lives of people with advanced melanoma, has now been approved by the U.S. Food and Drug Administration to treat advanced non-small cell lung cancer. The study, the largest published research to date using immunotherapy to treat lung cancer, was conducted at UCLA and 29 other sites in the U.S., Europe and Australia.

"The approval of this drug and a test to identify patients most likely to benefit has the potential to transform the way that lung cancer is treated," said Dr. Edward Garon, the study's principal investigator and a researcher at UCLA's Jonsson Comprehensive Cancer Center. "The quality and duration of disease response that was seen in the trial had previously been extremely rare in lung cancer. For people battling this deadly disease, this approach provides real hope of long-lasting responses while avoiding the toxicities of typical chemotherapy."

The drug, which is marketed under the brand name Keytruda, was tested on approximately 500 patients with non-small cell lung cancer. Because so many of the patients in the study showed significant long-lasting responses, in October 2014 the FDA granted the drug "breakthrough therapy" status for use in lung cancer, allowing it to be fast-tracked for approval.

Keytruda is an antibody that targets the protein PD-1, which is expressed by immune cells. When it binds to the another protein called PD-L1, PD-1 acts as an immune checkpoint, dampening the immune system's T cells which otherwise could attack cancer cells, said Garon, who also is an associate professor of hematology-oncology at the David Geffen School of Medicine at UCLA.

Some tumors are able to evade an immune response by expressing high levels of PD-L1. So by blocking the interaction between PD-1 and PD-L1, Keytruda in effect enables the patient’s immune system to attack the cancer.

The response rate and duration of response for Keytruda were much greater than for drugs traditionally used to treat lung cancer. In the three-year clinical trial, the overall response rate (the percentage of people in whom tumors were substantially reduced in size) was 19 percent. In people who responded to treatment, the average duration of response exceeded one year, a remarkable advance in this difficult disease.

Approximately a quarter of patients in the trial had PD-L1 expression in at least half of their tumor cells. Among these patients, the overall response rate was nearly 50 percent. Although previous data suggested that clinical outcomes with this class of drugs may be associated with level of PD-L1 expression, this study is the first to validate this finding in the scientifically rigorous way that physicians and scientist generally demand.

Judith Gasson, director of the Jonsson Cancer Center and senior associate dean for research at the David Geffen School of Medicine at UCLA, said researchers have long hoped to develop an effective and lasting immunotherapy to fight cancer.

"We have long believed that harnessing the power of our own immune systems would dramatically alter cancer treatment," she said. "Based upon the pioneering work conducted at UCLA, we are beginning to see the clinical benefits of this research in the most challenging cancers."

Lung cancer is the leading cause of cancer deaths worldwide; the American Lung Association estimates more than 158,000 people in the U.S. will die from the disease this year alone. Non-small cell lung cancer accounts for approximately 85 percent of all lung cancers.

Further research into Keytruda’s possible use to treat other types of cancer is ongoing, as are efforts to combine Keytruda with other drugs to increase the number of patients who could benefit from immunotherapy.

For Cary Parton, 61, life now has a whole new meaning following a late stage cancer diagnosis in which doctors told Parton that he only had months to live.

In February 2013 he was swinging a golf club on a fairway in Palm Springs, California, when he felt a sharp pain in the middle of his back. After a month, Parton was in such bad shape that he could hardly get out of bed, and his wife took him to the hospital.

After Parton underwent a full medical examination and a CT scan, doctors discovered a form of non-small cell lung cancer that had spread all over his body.

"The biggest tumor was on my right lung, and more were found on my liver, adrenal gland, two lymph glands, on my spine and both sides of my sacrum," Parton said.

Although Parton had been a smoker, he had quit several years before his cancer diagnosis. His oncologist at the time had recommended traditional treatment which included radiation and chemotherapy for nearly two months.

But the cancer only worsened, and at that point after talking with friends and family, Parton decided to enroll in an immunotherapy clinical trial at UCLA conducted by Garon.

Parton started taking Keytruda in June 2013, and within 10 weeks his tumors had shown a reduction of 40 percent. Another two and a half months later, scans showed additional reductions, and by February 2014, they had been reduced by 86 percent. As of today, Parton’s tumors have shrunk by more than 95 percent.

"Keytruda was a life saver," Parton said. "To see me alive today is pretty miraculous. It's astounding."