Airport screening for viruses misses half of infected travelers but can be improved, says UCLA-led study 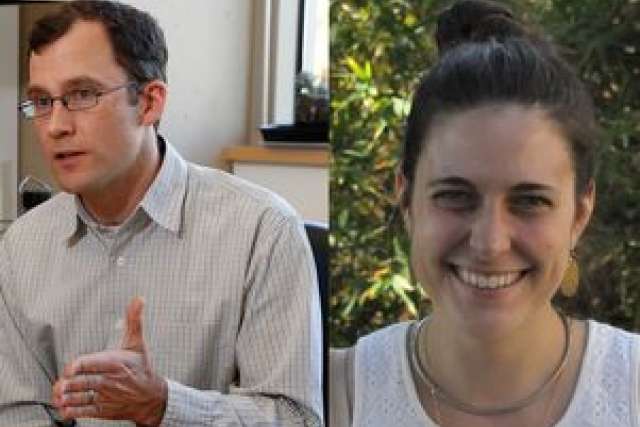 Stuart Wolpert
February 24, 2015
In the past decade, the H1N1 virus and Ebola are just two of the diseases whose spread was spurred by international airline travel. Screening passengers at airports, therefore, could be one key method for slowing the global spread of infectious diseases.

And although a team lead by UCLA researchers has found that airport screening misses at least half of infected travelers, the scientists say that rate could be improved. Their research was published in eLife, a highly regarded open-access online science journal.

“We found that for diseases with a long incubation period, such as Marburg and Ebola, taking passengers’ temperature to test for fever is particularly ineffective at the start of an epidemic but does pick up more cases as the epidemic stabilizes,” said Katelyn Gostic, a lead author of the study and a UCLA doctoral student in the laboratory of Professor James Lloyd-Smith. “With diseases such as swine flu, which take a shorter time to incubate, fever screening is the most effective method throughout an epidemic.”

Depending on the circumstances, airport workers conduct screenings before passengers board their flights, when they land at their destinations, or both. The researchers write that although fever screening on arrival has been criticized for being ineffective, it can catch cases that are missed before passengers’ flights depart. Screeners often use infrared non-contact thermometers to help identify sick passengers, but previous studies have shown that the devices identify fevers no more than 70 percent of the time, so the “double-check” of arriving passengers can help catch people who were missed before their departures.

Currently, traveler questionnaires are one of the tools screeners use — asking passengers, for example, whether they have been in contact with an infected individual (in the case of Ebola) or have handled live poultry (for viruses like avian influenza). The researchers write that screeners could more effectively identify sick passengers if those who create those questionnaires understand the risk factors for each disease, which would help them to better tailor the surveys.

The researchers found that no more than 25 percent of passengers answered honestly about whether they had been exposed to influenza during the 2009 pandemic, and that some may have hidden their symptoms by taking medication.

“Anyone who reports honestly puts himself or herself at risk of delay or detainment; this is a terrible incentive for truthful reporting,” Gostic said. “A high number of people use over-the-counter drugs like acetaminophen that conceal fevers and can make their symptoms undetectable, which is likely an overlooked problem.”

Lloyd-Smith, a UCLA associate professor of ecology and evolutionary biology and senior author of the research, said current screening programs can reduce the rate of importing infections, but nowhere close to zero.

“Even under the best-case scenarios we considered, arrival screening missed at least half of infected travelers for all pathogens,” he said. “Traveler screening by these methods is inherently leaky.”

The researchers identified ways to make current screening as effective as possible and highlighted how it can be improved.

“An important gap is that we have little direct data on the efficacy of departure screening,” Lloyd-Smith said. “This is needed to weigh the benefits of different screening policies and areas for investment. For example, in the current Ebola outbreak, how many potential travelers were turned away before boarding airplanes to depart West Africa? Of these, how many were actually Ebola cases? There is broad agreement that departure screening is probably more efficient than arrival screening, but we don’t actually have any examples where we know how well it worked in practice.”

In the paper, the researchers recommend cost-effectiveness studies that allow policy makers to assess the social and economic impact of screening policies at departure and arrival, but note that these studies will require more extensive data on the efficacy of current screening practices. They also recommend studies to quantify how many travelers are using fever-suppressing drugs, and evaluating the possible use of incentives to encourage honest reporting.

Adam Kucharski from the London School of Tropical Hygiene and Medicine was the study’s other co-author. The research was supported by the National Institutes of Health, the National Science Foundation and the Medical Research Council in the U.K.