Anxiety about coronavirus is widespread in L.A. County 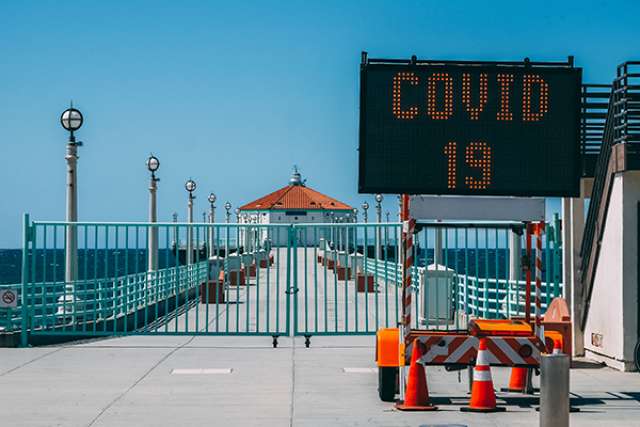 An overwhelming percentage (78%) of Los Angeles County residents say they are concerned that they or a member of their family will contract the novel coronavirus, according to a survey conducted between March 18 and 26 and released today by the UCLA Luskin School of Public Affairs.

"There are two clear takeaways," said Zev Yaroslavsky, director of the Los Angeles Initiative at the UCLA Luskin School of Public Affairs, which conducted the survey as part of an annual project known as the Quality of Life Index, or QLI. "The anxiety levels over contracting the virus and its economic impacts are overwhelming. And it's a vote of confidence in the local public health agencies, while a vote of no confidence in the federal response."

The results are based on interviews conducted with about 1,500 county residents during a period that happened to coincide with the implementation of stay-at-home orders in Los Angeles.

The QLI, which is a joint project of the UCLA Luskin Los Angeles Initiative and The California Endowment, is in its fifth year. Researchers poll a cross-section of Los Angeles County residents each year to understand the public's perception of the quality of their own lives. Full results will be released April 23 as part of a UCLA event known as the Luskin Summit, which will be held virtually this year because of the ongoing health crisis. The survey has a margin of error of plus or minus 2.6%.

When asked whether the health crisis had or will have a negative economic impact on themselves personally, more than four out of five respondents (83%) said they were concerned, with 56% saying very concerned and 27% saying somewhat concerned. Again, women expressed the most concern, although in this case it was slightly higher among women aged 18 to 49 (61%) than among women aged 50 to 64 (60%).

"In virtually no major demographic group did we find less than a majority expressing confidence in local officials," Yaroslavsky said.

Hardly any major demographic group expressed majority confidence in the federal response. The lowest confidence levels came from 18-to-39-year-olds (33%), African Americans (32%), women aged 18 to 49 (31%), those with annual incomes above $120,000 (30%), whites aged 18 to 49 (23%) and residents of the 3rd Supervisorial District (28%), which encompasses Westside communities such as Santa Monica and Malibu, plus the north and western sections of the San Fernando Valley.