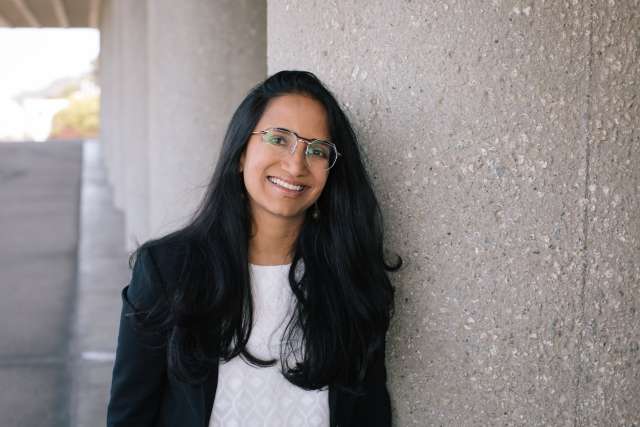 Aparna Bhaduri, an assistant professor of biological chemistry at the David Geffen School of Medicine at UCLA, has received the Distinguished Scientist Award for 2022 from the Sontag Foundation, which supports the careers of young scientists pursuing major advances in the fight against brain cancer.

Bhaduri is one of five scientists this year to receive the honor, providing $600,000 over four years to researchers within five years of receiving a faculty appointment. Her lab has been using artificially grown masses of cells or tissue known as organoids to understand the cellular mechanisms driving glioblastoma, the deadliest form of brain cancer — and one with high rates of recurrence.

The new award will support Bhaduri’s efforts to understand how environmental cues affect a type of cell in glioblastoma tumors known as progenitor cells, which like stem cells morph into other cell types. By uncovering how different cell states influence what cells these progenitors ultimately become, Bhaduri believes that scientists will form a blueprint for developing treatments for preventing tumor progression and recurrence.

“The support from the Sontag Foundation enables us to really understand these devastating tumors using novel tools,” Bhaduri said. “We hope this research will enable us to better understand which cells drive this tumor, and in turn design therapies against them."

The Sontag Foundation is the largest funder of brain cancer research in North America. It was established in 2002 by Frederick and Susan Sontag following Susan’s battle with a normally lethal form of brain cancer.