UCLA researchers focused on low-income individuals younger than 65, those most affected by ACA’s Medicaid expansion 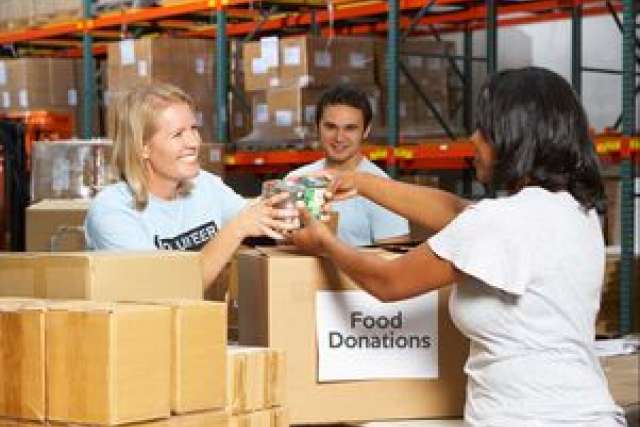 One of the indirect societal benefits of the Affordable Care Act has been increased levels of volunteerism, especially among lower-income populations, a study from UCLA’s California Center for Population Research suggests.

Researchers found that instances of self-reported volunteerism increased markedly among people in low-income groups who lived in states that enacted the Affordable Care Act’s Medicaid expansion.

The study, published in Socius: Sociological Research for a Dynamic World, focused on low-income individuals younger than 65. This is the group most affected by the Medicaid expansion, which provided public health insurance for approximately 13 million uninsured Americans.

UCLA postdoctoral researcher Heeju Sohn analyzed data from the volunteering supplement of the annual Current Population Survey conducted by the U.S. Census Bureau, comparing the pre-ACA years of 2010–2013 to information collected in 2014 and 2015. The study was co-authored by UCLA sociology professor Stefan Timmermans.

“Our thought was to see if we would find any changes in volunteer rates between states that opted to expand Medicaid and states that did not expand,” Sohn said. “And we did. Not only did we see it, but we saw it in a very robust manner.”

Research has shown that obtaining health insurance provides individuals greater emotional and financial stability. Other research has shown that when people are financially stable, they are more likely to volunteer. Given that the ACA’s Medicaid expansions were responsible for the largest gains in public insurance coverage since its inception in 1965, researchers suspected there might be a strong correlation between even a perceived access to health care and the sense of personal stability that often accompanies volunteerism.

“We also were surprised that the associations between the ACA and volunteering were noteworthy even in advance of measurable changes in the literal health of the respondents,” Sohn said.

Low-income adults under 65 living in Medicaid-expansion states were about 50 percent more likely to report they had formally volunteered with an organization than those who lived in a state that did not expand Medicaid, the study showed.

When respondents were asked whether they had participated in informal “helping,” like assisting a neighbor, or working on a neighborhood improvement project, a similar pattern emerged. People living in Medicaid-expansion states were about 20 percent more likely to help.

States that did not expand Medicaid did not show increases in reported volunteerism or informal helping, the study found.

Higher-income groups in Medicaid-expansion states also did not show an increase in volunteering, nor did low-income groups in the older-than-65 age group. This is compatible with what researchers suspected, given that the senior age group has enjoyed more consistent access to health coverage through Medicare, Sohn said.

The study also found that volunteer work in Medicaid-expansion states increased among minority groups. Prior to the ACA, minority groups, especially Latinos, were the least likely to have participated in formal volunteering.

Post-ACA in Medicaid expansion states, Latinos reported volunteering at almost the same rate as whites. According to the study, in the years after the ACA Medicaid expansion Latino respondents in participating states were 75 percent more likely to report they had participated in formal volunteerism and 40 percent more likely to say they had been involved in informal helping than in the years prior.

There’s a positive domino effect at play. This analysis seems to suggest that communities-at-large can benefit from greater populations of residents enjoying the stability provided by health insurance coverage.

“People who are not necessarily affected by Medicaid expansion may still benefit from a spillover effect of having neighbors who suddenly gain insurance and become more actively engaged in the community,” Sohn said. “If we were to improve upon this study we would want to go back and more-literally track people who gained and used Medicaid and look at their individual volunteerism levels from before and after the ACA went into effect.”

One thing that did not seem to be affected in populations where Medicaid was newly available, was the pervasive gender divide in volunteerism. Women, in every age and economic bracket, are more likely to volunteer than men, according to the study.

Further investigation into indirect benefits of health insurance such as volunteerism and well-being could be affected by the current cloud of uncertainty around the fate of the ACA and Medicaid, Sohn said.

“But it’s clear that there are larger societal benefits to be considered as policymakers pursue changes to individual healthcare,” she said.