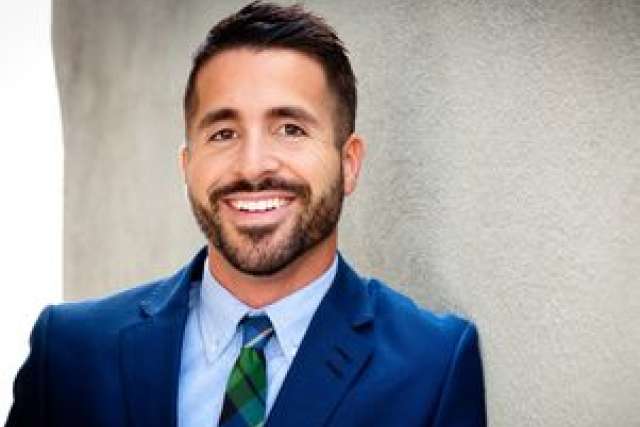 But Michael LaCour, a UCLA doctoral candidate in political science, and Donald Green, a Columbia University political science professor, have demonstrated that a single conversation can go a long way toward building lasting support for a controversial social issue. In addition — nearly as surprisingly — the effect tends to spill over to friends and family members.

The key is putting voters in direct contact with individuals who are directly affected by the issue. The findings are reported in a study that will be published Dec. 12 in the journal Science.

“You forget the message, but you remember the messenger,” said LaCour, the study’s lead author, who also is a researcher at UCLA’s California Center for Population Research.

The issue LaCour and Green were studying was Americans’ support for gay marriage, but LaCour is in the process of replicating the results with another hot-button issue, abortion rights. He hopes to eventually test whether a similar approach could shift people’s attitudes toward undocumented immigrants.

The project unfolded in 2013, during the month leading up to a U.S. Supreme Court decision that effectively overturned California’s Proposition 8, which had outlawed same-sex marriage in 2008. The study evaluated a long-standing door-to-door campaign in support of gay marriage by the nonprofit Los Angeles LGBTQ+ Center.

LaCour and Green began by identifying California precincts that had supported the ban on gay marriage, eventually settling on an especially conservative area of Southern California. They then used voter rolls to invite every voter in those precincts, as well as their housemates, to participate in an Internet survey on politics, including only two questions about support for same-sex marriage. (Involving housemates in the study would later allow the researchers to measure whether changes in voters’ attitudes ultimately influence those in their social networks.) Eventually, researchers would survey the same 9,500 voters four times over the course of a year.

Participants were randomly divided into three groups. One received house calls from specially trained LGBTQ+ Center canvassers who advocated gay marriage. Half of the canvassers were gay; the other half were straight.

A second group received visits from the same canvassers, but the canvassers discussed the benefits of recycling — not the topic of gay marriage. In these visits, the canvassers did not reveal whether they were gay or straight.

The third set was not visited by canvassers.

The gay marriage canvassers asked voters what they enjoyed about being married (if the subjects were married) or the benefits they’d witnessed in the lives of married friends and relatives (if they weren’t). Gay canvassers then revealed their own sexual orientation and explained that they longed for the same benefits the interviewees had described, and straight canvassers discussed how they hoped a close relative who was gay could enjoy the benefits of marriage.

The average length of these conversations was only 22 minutes, but the visits had dramatic effects.

In follow-up surveys three days later, the researchers found that attitudes were unchanged among the voters who discussed recycling and those who weren’t visited by the interviewers. But among those who spoke with canvassers about gay marriage, support had jumped eight percentage points.

“The change was equivalent to transforming a Midwesterner into a New Englander on the issue of gay marriage,” quipped Green, a highly regarded authority on research methods in the social sciences.

Within three weeks, however, conventional wisdom kicked in: Support for gay marriage among the voters who had been approached by straight canvassers retreated to where it had originally been; any effect of the conversation had been wiped out. Among voters who had been approached by gay canvassers, however, the attitude shift persisted. In fact, support for gay marriage among that group grew even further when the Supreme Court handed down its decision — jumping an additional seven percentage points. The researchers also found that among these voters’ the support remained a year later.

Green, a 27-year veteran researcher and author of four books and more than 100 studies, couldn’t believe what LaCour had found. So he advised him to rerun the experiment. The second round replicated the original results.

“Previously, I’ve been really pessimistic about the prospect of changing someone’s views, and that kind of pessimism suffuses much of the research on attitude change,” Green said. “But the results of our study convinced me that enduring change is possible. They’re eye-popping.”

“This suggested to us that views were being reinforced by conversations going on in the household,” Green said.

“When those being denied marriage equality have names and faces, hearts and minds are changed,” LaCour said. “And that’s what we found.”