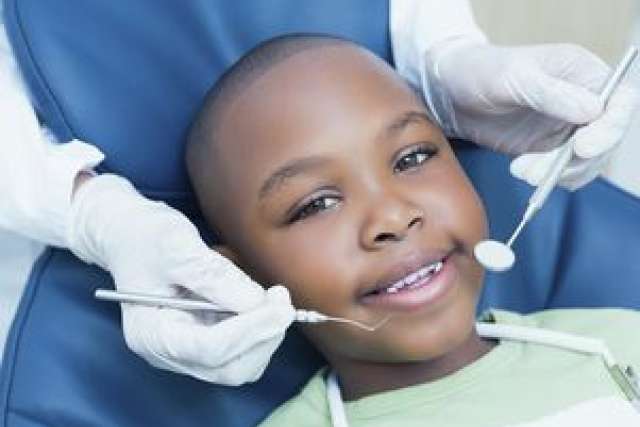 An impressive 3 in 4 California children ages 2 to 5 had a regular dental checkup in 2012, including those from poorer households, according to a new policy brief by the UCLA Center for Health Policy Research.

The findings are part of a comprehensive new study that tracked young children’s health in California from 2003 to 2012. The study found gains in many areas, including health insurance coverage and dental care, but showed a drop in preschool participation, perhaps because of the associated costs.

“These are really encouraging trends for the health and well-being of children in California,” said Sue Holtby of the Public Health Institute, who is lead author of the study. “But some beneficial services remain out of reach for low-income families. The challenge for policymakers is to continue to improve access to, and quality of, the care children receive.”

Using data from 10 years of California Health Interview Survey from 2003 to 2012, the report assessed trends in the health of young children in areas linked to health and school readiness. The report focused on Latino, white, Asian and African-American children ages 5 and younger. According to CHIS, more than 3 million children in that age range lived in the state in 2012.

Much of the time period covered by the study took place during the recession from 2008 to 2012, when many families lost access to employer-funded health coverage. As more low-income families gained health coverage through two public programs — Medi-Cal and Healthy Families —  ––the share of children ages 5 and younger who had private health insurance plummeted, from 57 percent in 2003 to 44 percent in 2011–12. The change meant a bigger share of young children relied on public coverage: 1 in 2 overall, compared to 1 in 3 a decade earlier.

The dramatic improvements in dental care for young children during the time period may be attributable, in part, to expanded public support.  Specifically, the study notes that a $7 million grant from First 5 California, which funded the study, provided preventive dental health training and education for dental and medical providers at Women, Infant and Children and Head Start programs from 2004 to 2008, the same time period in which annual child dental visits increased. In addition, Medi-Cal and Healthy Families promoted greater awareness of dental benefits.

More parents reading to their children

However, the report found the proportion of 3- and 4-year-olds going to preschool at least 10 hours a week dropped over the decade, from 37 percent to 30 percent.

“Parents have gotten the message that there’s a lot they can do for their children’s development at home,” said Elaine Zahnd, a faculty associate at the Center for Health Policy Research and co-author of the study. “But there is more work to do to help parents who want their children to go to preschool.”

Other findings from the report:

“Parents are getting coverage for their children, but can they access health care for their children when they need it?” asked David Grant, director of the California Health Interview Survey and co-author of the report. “As more children rely on the safety net, policymakers must ensure that the clinics and public hospitals that serve them are adequately funded.”

The report found noteworthy improvements in young children’s health over the decade — especially in closing the income gap in dental and health care. But authors say continued monitoring and further research are needed to understand what prompted negative changes in private insurance coverage and preschool enrollment.