‘Thanks to God, I have a life to live now,’ says Osama Alharbi, of Saudi Arabia. 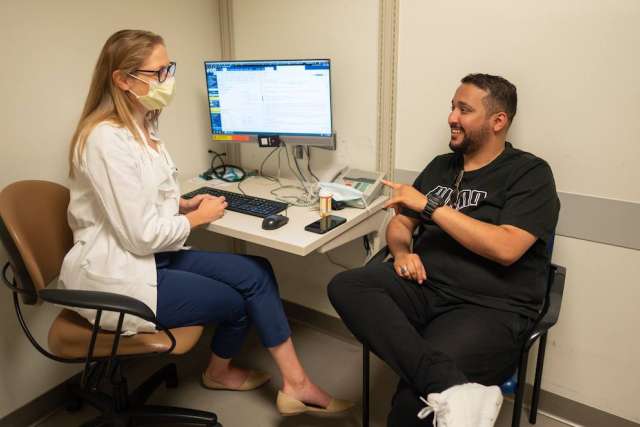 It’s been said that your first transplant is a blessing, a second is a miracle.

Such was the case for Osama Alharbi, who came to UCLA Health from Saudi Arabia for a re-do bilateral lung transplant in 2020.

Alharbi’s journey began several years ago when he was diagnosed with pulmonary arterial hypertension, a type of high blood pressure in which the arteries in the lung become narrowed, blocking the flow of blood through the lungs to the heart and causing the heart to work harder to pump blood to the rest of the body.

“I was playing soccer when, all of the sudden, I lost consciousness,” Alharbi, 30, recounts. “I fell on the ground and was taken to the hospital.” 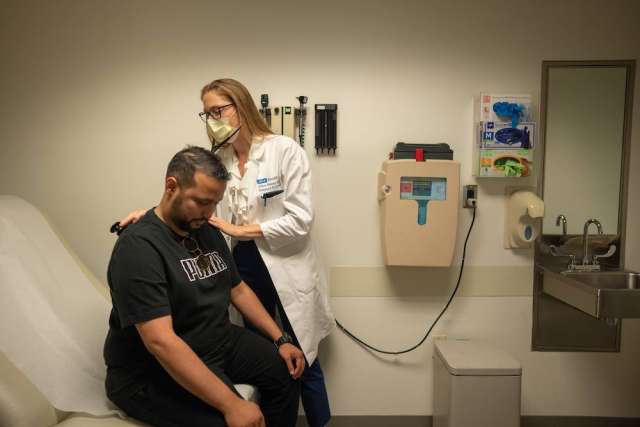 Medications can slow the progression of the disease, but Alharbi’s case was severe. His physician recommended he go to America for a bilateral lung transplant. He did, and the transplant was a success; however, several years after receiving the transplant, Alharbi’s organ began to fail due to chronic, or long-term, rejection.

He returned to the U.S. but was denied a second transplant by the original hospital.

“One of the reasons Mr. Alharbi came to UCLA, specifically, is that our team will evaluate patients who will need a second lung transplant,” says Allison Ramsey, MD, a lung transplant physician at UCLA Health. “In general, these are more complex surgeries and require very skilled surgeons to do this. Our team, fortunately, is able to do that.”

During their initial meeting, the first thing Dr. Ramsey noticed about Alharbi was his smile and his bubbling personality, she says.

“He really opened up to me during our first visit and told me about how his journey had been in terms of his breathlessness and his symptoms, and how he came to be at UCLA to undergo another lung transplant. I noticed he was very trusting and really wanted to hear my input about his lung disease and what we could do to help him.” 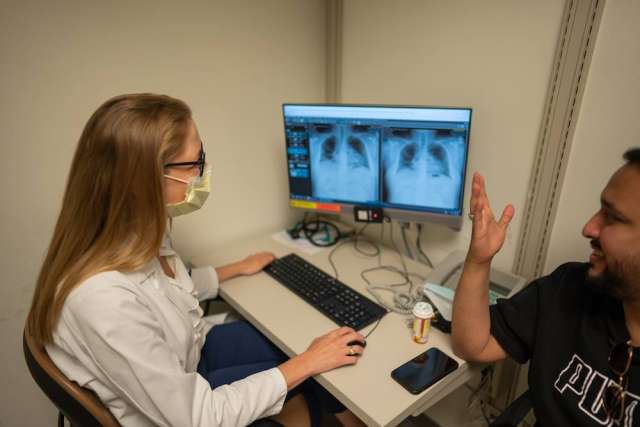 UCLA Health’s International Services stepped in to provide an Arabic-speaking navigator to help bridge the communication gap and provide a familiar face for Alharbi during his stay in Los Angeles.

“UCLA Health sees patients from all around the world, and it’s really great to know that we have services to help them navigate through a very stressful time,” Dr. Ramsey says. “In a lot of these cases, they’re dealing with a very serious medical condition, so the importance of having someone (in this role) is really paramount to the success of me as a treating physician and UCLA as a whole.”

Alharbi immediately bonded with his International Services navigator, Dr. Ramsey notes. “I definitely know they were involved in his care and were always available. You could very much tell they were invested in his doing well,” she says.

Alharbi received his second bilateral lung transplant on Aug 25, 2020. He was discharged from UCLA Ronald Reagan Medical Center within a week and remained under the care of his physicians for more than a year — a year he spent enjoying L.A. with his young daughter.

“My daughter is everything to me,” Alharbi says. “We love to explore places together. We travel a lot around Los Angeles. We live life — a life that’s sweet and carefree.”

Dr. Ramsey credits the entire UCLA team for the success of Alharbi’s transplant. “There are so many people in the background, including his international services navigator, that helped him along in this process.”

She also gives Alharbi his due: “He took a lot of responsibility for his health, as well, and really dove into his care himself. I think all those things created a very successful path for him.”

It was heartening to see him go from that first visit “to now having his best lung function yet,” Dr. Ramsey says.

“It brought me such joy to see him through this journey and to see him return to some sense of normalcy; to be able to celebrate his daughter’s birthday without limitations and get back to what he wanted to do, which was to live a meaningful life,” she says.

Alharbi says he recommends UCLA Health for anyone who needs a transplant. “My experience was good, from the cleaning staff, from the food, from the management, from everything,” he says.

Alharbi recently returned to Saudi Arabia, where he is looking forward to spending time with his family and resuming his passion: playing soccer.

Learn more about the Lung Transplant program and International Services at UCLA Health.