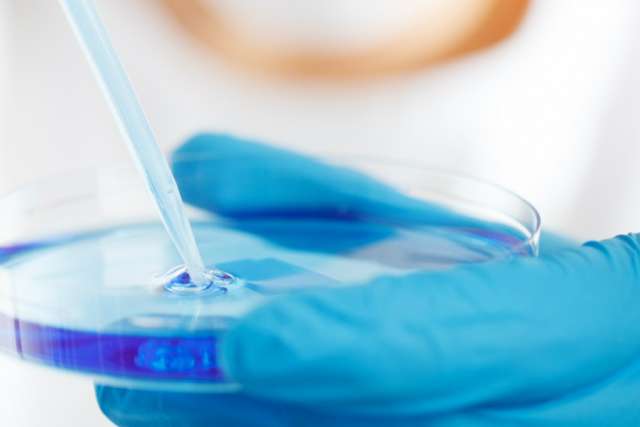 UCLA researchers used brain cells that are grown in a dish from human embryonic stem cells to investigate the complex genetic origins of mental illnesses.

The scientists examined the process by which new brain cells, or neurons, are designated for certain roles and they found that changes in gene expression during neural development were closely associated with the genetic risk for schizophrenia. The findings were published in the journal Biological Psychiatry.

“Our approach allowed us to model how multiple regions in the genome that increase risk for psychiatric disorders act in concert to affect molecular and cellular function that is relevant for neurodevelopment,” said Anil Ori, the study’s first author and a doctoral candidate at the David Geffen School of Medicine at UCLA. “This is exciting because it shows that we can capture parts of the heritability of schizophrenia in a lab model system.”

Studying the heritability — meaning how disease is passed on through genetics — and the biology and of schizophrenia in model systems is challenging because psychiatric illnesses are genetically complex. “Large-scale population studies have shown that psychiatric disorders are heritable traits in which hundreds, if not thousands, of genes throughout the human genome contribute to disease risk,” said Roel Ophoff, the study’s senior author and a professor of psychiatry and human genetics at the Geffen School of Medicine.

This accumulation of many small gene effects is called polygenic risk.

The researchers then replicated the finding using a different sample.

The findings will help researchers narrow down the key disease processes that contribute to a higher risk of disease. In the study, the genes that were primarily associated with disease risk involved in synaptic function, the means by which cells communicate and transmit signals through the brain.

Building on this research, the researchers can tweak their approach to investigate how different environments might affect the risk for disease, and then use those findings to understand the biology of mental illnesses.