Researchers discover gap by race, income between those interested in and those who participate in activity 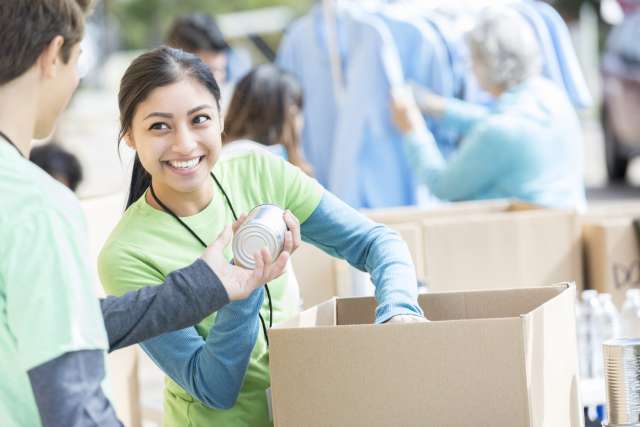 High school teens in California who volunteer, take part in community aid groups, and join school or other clubs are healthier and more likely to aspire to attending college, according to a study by the UCLA Center for Health Policy Research.

The study found that regardless of race or family income, one in three teens have a high level of civic efficacy, defined as caring about issues, feeling connected to others who are engaged in civic activities and feeling as if they can make a difference. However, there is a significant gap by race and income between those who are interested in and those who engage in civic activity.

“Latino teens had the lowest rates of participation in clubs and volunteering,” said Susan Babey, research scientist at the UCLA Center for Health Policy Research and lead author of the report. “Our research showed teens who don’t participate in these types of community activities say they aren’t as healthy and are less likely to see college in their future.”

Using responses of 2,253 teens from the statewide 2013-2014 California Health Interview Survey, the study looked at four areas of civic engagement among high school age teens in its analysis:

Two-thirds, or 64 percent, of the teens surveyed said they volunteered in the past year, making it the most common civic activity. Those from lower-income households (below 200 percent of the federal poverty level) had the lowest rates of volunteering, 45 percent. Of racial and ethnic groups, 55 percent of Latino teens said they volunteered, compared to 66 percent of multiracial teens and Asians, 68 percent of African-Americans and 78 percent of whites.

Based on citizenship status, naturalized teens exceeded U.S.-born teens in rates of civic participation in three of four measures: They have high civic efficacy (45 percent vs. 33 percent, respectively); belong to two or more clubs (42 percent vs. 29 percent); and are in an organization that is trying to make a difference (61 percent vs. 40 percent). They match their U.S.-born counterparts in the remaining category, volunteer activity, 66 percent.

“California’s youth are an asset and we need to provide opportunities so they can contribute to the larger good by participating in civic life,” said Robert Ross, president and CEO of The California Endowment, which supported the study.

Authors of the study recommend that community groups and schools increase opportunities for civic engagement among teens by expanding and supporting programs that help youth improve their communities; encourage participation in civic engagement at middle and high school levels, particularly in low-income areas and communities of color; and actively seek out, engage and welcome youth who are not traditionally included in community and school civic activities.

“In many cases, it’s not that teens lack interest in community and political issues,” said Joelle Wolstein, center research scientist and co-author of the study. “What they may lack is the means and opportunity to participate.”